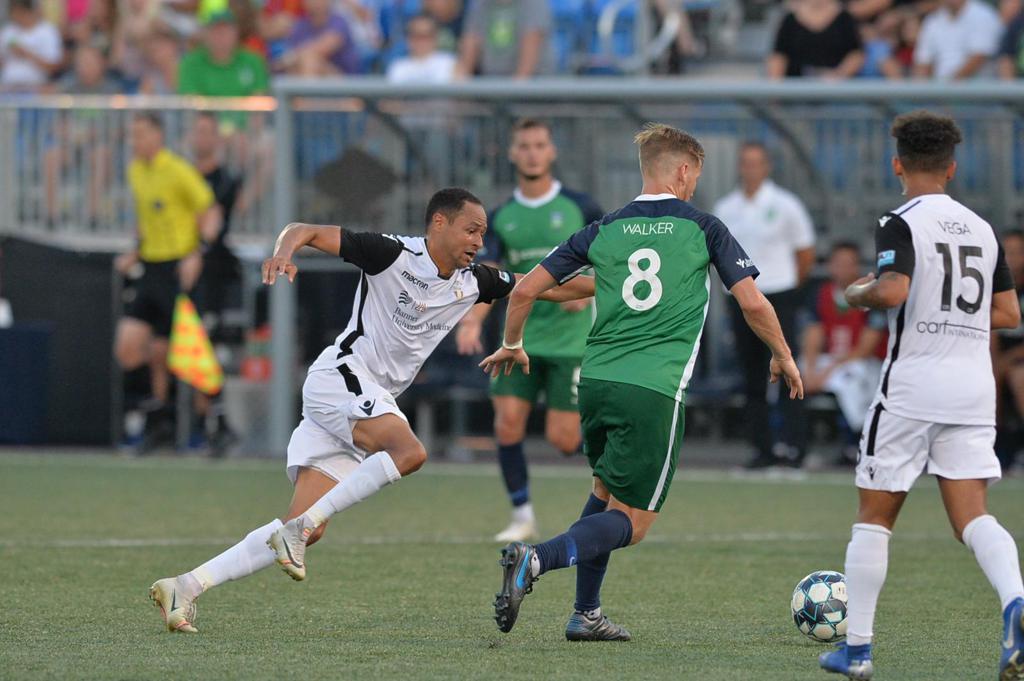 ●      Defender Kyle Venter registered his third goal of the season.

For the second week in a row, FC Tucson applied early pressure in the opponent’s attacking third with a high-press formation. The two sides exchanged a few shots back and forth in the opening minutes in hopes of establishing momentum.

In the 15th minute, Greenville found the back of the net to score the opening goal of the night.

Despite the early goal, the home side held onto the lead for just a brief moment.

In the 20th minute, forward Devyn Jambga sprinted down the left flank and broke past two Greenville defenders to score the equalizer for FC Tucson.

In the 50th minute, defender Kyle Venter found the back of the net off a through-ball from Jamael Cox to give the Men in Black a commanding 2-1 lead.

The 27-year-old defender now has three goals on the season, tying for second on the team.

Minutes later, forward Devyn Jambga recorded his second brace of the season following a strong right-footed strike to find the back of the net. The Zimbabwe native has moved to first place in the club’s Golden Boot race with five goals in 13 appearances.

Back between the posts, goalkeeper Carlos Merancio turned in one of his best performances of the season, logging five saves, one catch, and one punch.

FC Tucson will be back in action on Saturday, July 27th, when the club travels to Chattanooga, TN to take on the Chattanooga Red Wolves.

Kickoff is set for 4 P.M. and the match will be streamed lived via ESPN+.

"I can't commend the guys enough for the way they fought tonight to get the points. We didn't play our best soccer but I'm proud of my guys for working hard and grabbing the win."

"We worked hard on driving at players this week, one of Devyn's strengths. The first goal was an absolute rocket, I don't believe Dallas (Jaye) moved because it was such a powerful strike.

I feel like he wanted to make sure the second goal went in, so he took his time and smashed the back of the net. Both of the goals were bombs."

"Kyle is a consummate professional. He's an excellent leader and wonderful teacher of the game. Any time he scores a goal, it's a reward for all of the great things he does on and off the field."

On Preparation for Chattanooga:

"We didn't press as much as normal this game. When we did press, it resulted in some great goals. We are working with the guys on when and when not to press because every team is different.

We will get back to the drawing board and prepare for Chattanooga."