FC Tucson Plays To A 1-1 Draw in Frisco 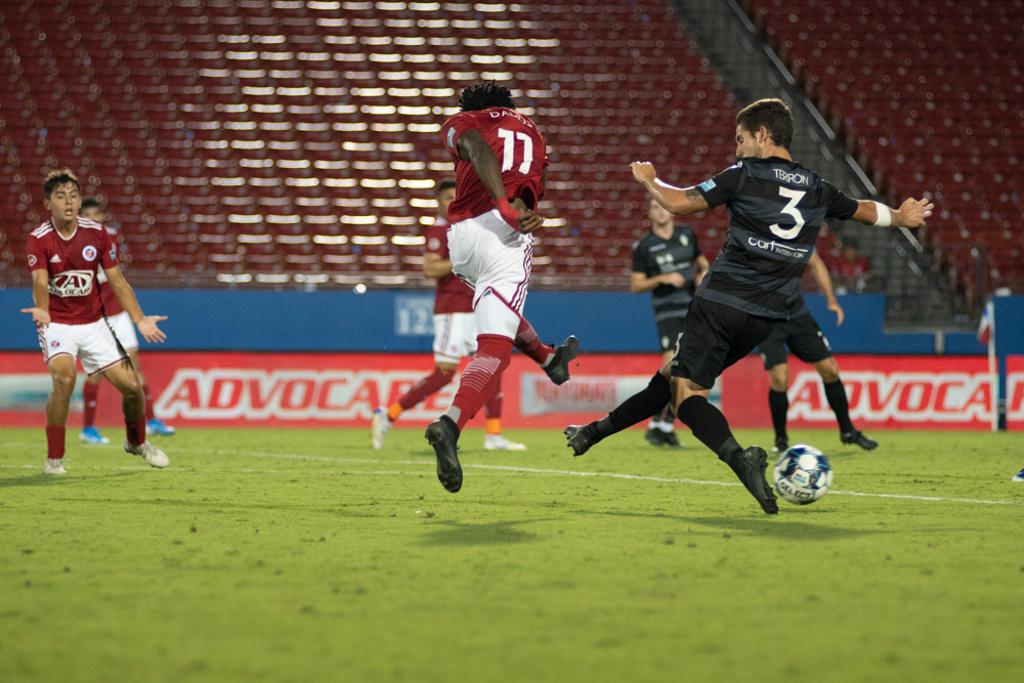 ●      Forward Jordan Jones scored his fourth goal of the season in the 44th minute.

FC Tucson entered the match looking to continue their road success, going unbeaten in four of their last five matches.

In the opening minutes, midfielder Jamael Cox got an early look on goal after bypassing a North Texas defender with some impressive dribbling moves. Cox took a right-footed strike from 20 yards out but saw the attempt sail past the near-post.

Minutes later, Cox sent a cross over to forward Devyn Jambga who barely missed the back of the net with a glancing header.

Despite the missed chances, FC Tucson made their presence felt early by registering four shots on goal within the first 35 minutes of play.

In the 44th minute, forward Jordan Jones registered the opening goal of the night off of a well-struck corner from midfielder Jamael Cox.

The Men in Black entered the locker room with momentum and a 1-0 lead. FC Tucson recorded a season-high ten shots in the first half.

North Texas would find a few more opportunities in the second half in an attempt to score the equalizer. However,  goalkeeper Carlos Merancio displayed another impressive outing despite the increased NTX attack. The 20-year-old goalkeeper recorded five saves in the contest including three stops in the second half.

In the 79th minute, midfielder Arturo Rodriguez scored the equalizer for North Texas off of a left-footed shot from the center of the box.

Tucson would continue to battle on the defensive side of the pitch limiting North Texas to just two shots following the tying goal in the 79th minute.

FC Tucson will be back in action on Saturday, August 17th, when the club returns to Statesboro, GA for a showdown against South Georgia Tormenta FC.

Kickoff is set for 5pm and the match will be streamed live via ESPN+.

"We worked hard tonight against a team that played eight MLS rostered players. I'm proud that our guys worked hard and came away with a point."

On Jones' goal in the 44th minute:

"Jordan had a good look with the 1v1 in the first half but the goalkeeper  made a very good save. I was glad he capitalized and scored right before the half ended. We love the chances that he is getting."

" Carlos was very good tonight. Our goalkeeper coach, Alex Rangel, has worked extremely hard with Carlos and Carlos has put the time in. We're confident that he is a starting USL Championship goalkeeper with huge upside in the coming years."

On the club's upcoming match against Tormenta:

"Every team in our league can compete with any other team so we will prepare for a very tough match in Georgia."