Jones receives his seventh USL League One Team of the Week honor. 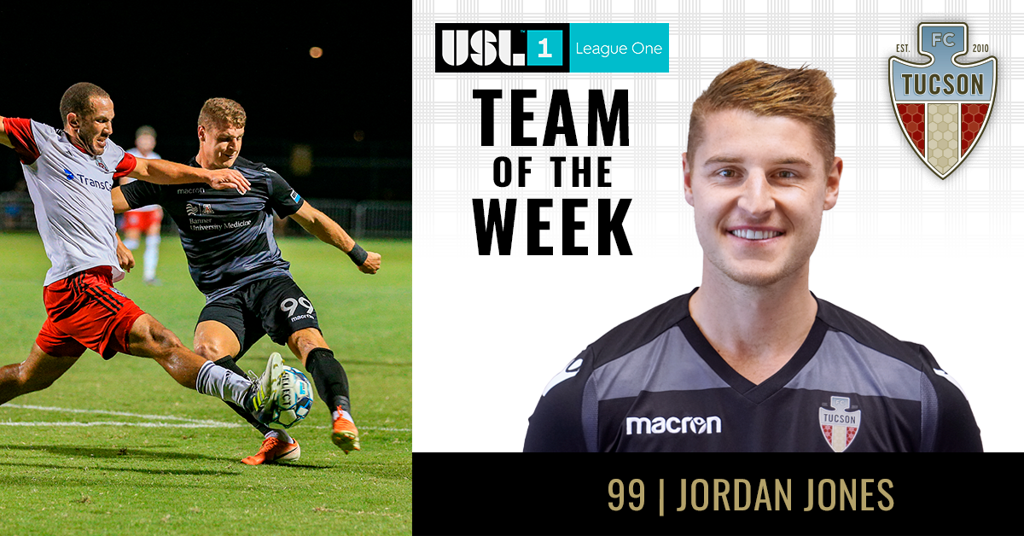 TUCSON, Ariz. (Oct 1, 2019) — FC Tucson forward Jordan Jones was named to the USL League One Team of the Week for Week 27 of the 2019 USL League One season the league announced today.

Last week, Jones scored a goal in each of FC Tucson’s matches to push his goal total to nine on the season. He also completed 18 of 29 passes and recorded one key pass during the two-match span.

Jones currently leads the club in goals scored (9) and tied for second on the team with three assists.

FC Tucson will be back in action on Friday, October 3rd when the club plays host to North Texas SC.

This match will be FC Tucson’s final match of the 2019 season.

Kickoff is set for 7:30 P.M. and fans can purchase tickets at www.fctucson.com.