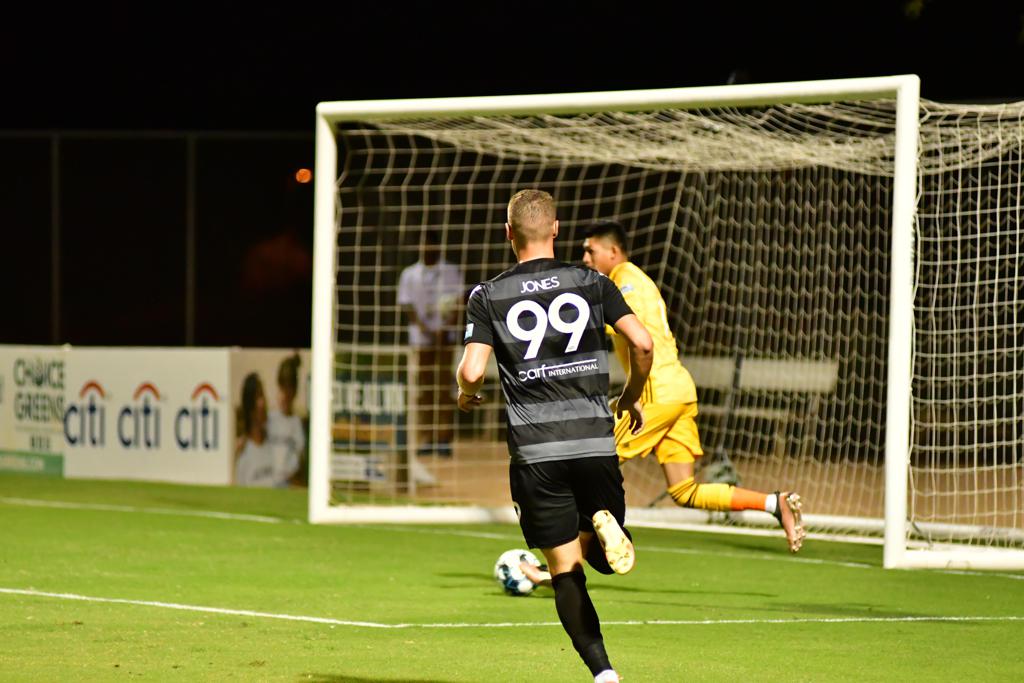 TUCSON, Ariz. (October 4, 2019) — FC Tucson concluded its first professional season with a 2019 finale at Kino North Stadium, a 3-1 loss to North Texas FC. The club finishes the season with a 5-4-5 record at home and an 8-11-9 record overall. FC Tucson's final position in the standings is 8th place.

The club started off trailing following an own goal by Jordan Jones in the 12th minute. Despite the early deficit, FC Tucson didn't let up in its attack in the first half. But North Texas forward Oscar Romero scored the second goal of the evening to double his team's lead in the 38th minute.

In the closing minutes of the first half, forward Jordan Jones buried his tenth goal of the season after Kyle Venter headed a corner kick directly in front of Jones.

In the second half, FC Tucson created several chances to score but was unable to find the back of the net. Then in the 68th minute, North Texas' Oscar Romero scored to make it 3-1.

FC Tucson wraps up their first-ever professional season with a record of 8-11-9. Jones' final tally of the season solidified his spot as the club's golden boot winner (ten goals). Jones was also voted the 2019 CARF International MVP by the fans. Jones was also the club's top assist provider, tied with Jamael Cox (three each).