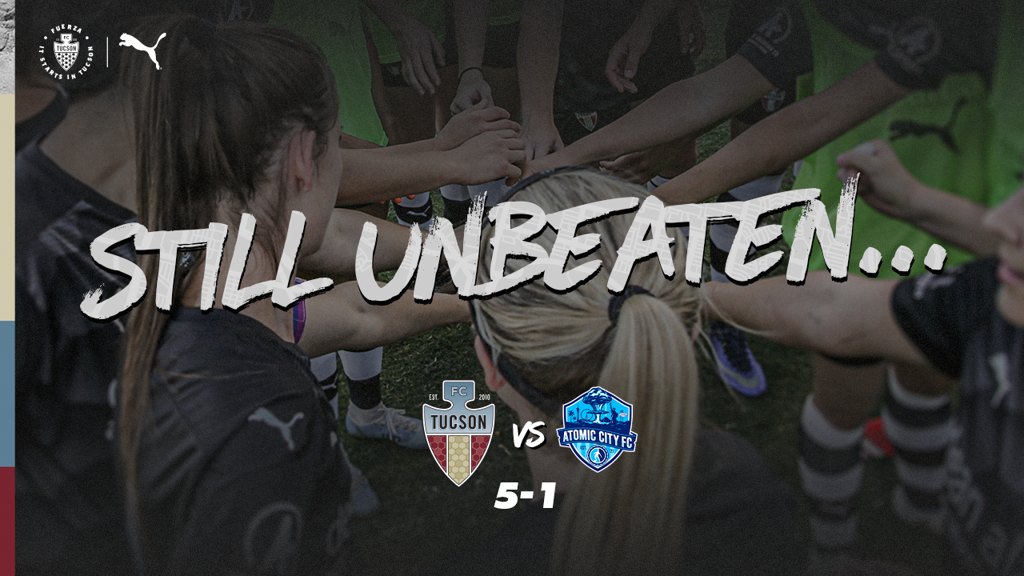 Following the first road game of the season for the FC Tucson Women’s team, the domination that happened in Vegas likely won’t stay in Vegas.

FC Tucson Women scored a season-high five goals against the only other undefeated team in the Desert Region of the Women's Premier Soccer League.

Great Win On The Road

The road opener started in the 17th minute with Jaden Bailey firing in a cross that found the head of Luz Duarte. The Atomic City FC keeper Chloe Dody made a spectacular save, but the rebound fell to Erin Craig who smashed it into the back of the net right before the water break, giving FC Tucson the 1-0 lead.

For the rest of the half, FC Tucson kept the pressure on but could not find the back of the net.

The game picked up right after halftime in the 48th minute with Craig capitalizing on a mistake by the Atomic City FC defenders and firing a shot from the top of the 18. Yet again, Dody made a great save but the rebound found the feet of Bailey who put the ball in the back of the net making it 2-0.

Atomic City FC responded quickly with a goal of their own eight minutes later with a cross into the box that found the head of winger Allyssa Larkin.

FC Tucson shifted into high gear after conceding the one goal and scored three unanswered goals. The first came in the 65th minute with Hailey Harris finding the former Mexican national team member Duarte, who sent a rocket into the back of the net with her team-leading fourth goal of the season.

It took only two minutes for Bailey to finish off her brace and put FC Tucson up by three goals.  Finally, Craig finished off the game by scoring her second goal in the 90th minute leading to the 5-1 victory.

The FC Tucson Women are now the only undefeated team and top of the table in the WPSL West Region as they look to continue its streak at FC Arizona on June 19.