Jon Pearlman has made it clear this week that FC Tucson shouldn't have to look very far for motivation.

The club will look to extend it's unbeaten streak to four Saturday night (7 p.m., Kino North Stadium, ESPN+) when the top team in USL League One, Union Omaha, visits.

"We're in a good spell, and we want to continue that, and the only way to do that is through hard work," said Pearlman, Tucson's vice president of soccer operations and interim head coach. "There's no reason for motivation when you play the top team in the league, who beat us 1-0 at their place."

Omaha's Greg Hurst scored in the sixth minute on a header in the box off a cross from Ferrety Sousa.

While Tucson held 55% of possession and held a 13-11 shot advantage, it was unable to get the equalizer with just one shot on target.

Following a 4-2 win over New England last weekend, Tucson (4-4-4) included closer to the cutoff line with 16 points. Currently, Fort Lauderdale is in sixth, right above the line, at 18 points.

Hurst leads Omaha with seven goals - tied for third in the USL League One. Evan Conway (two) is the only other player with more than one goal.

"We want to prove we are a team that can compete for a championship," said Pearlman. "The only way to do that is take down the top team on your own field.

"The guys are focused, we're in good health, good spirits. And laser laser directed on having a great performance for the fans on Saturday."

Wallis Lapsley continues to lead the league in saves with 43, while Toby Uzo and Charlie Dennis earned Team of the Week honors for their performance against New England.

Uzo had his first two goals scored for Tucson, while Dennis had a pair of assists.

Shak Adams scored for the second time in as many games and Danny Bedoya added a goal in Tucson's victory.

After Omaha, Tucson goes back on the road to play the Richmond Kickers in Virginia on Saturday, July 31. 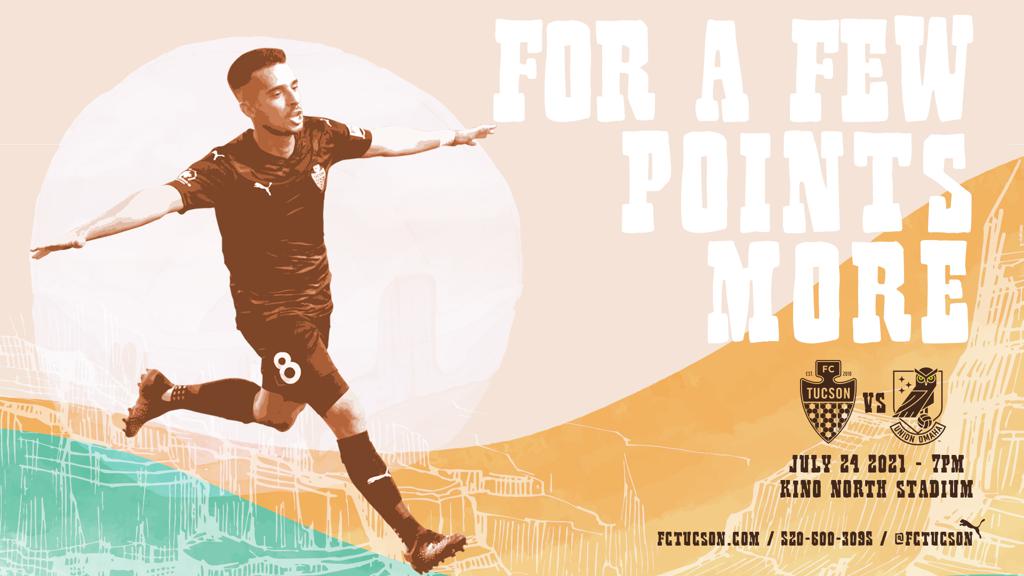