FC Tucson’s road to a favorable result and a step closer to securing a playoff spot Wednesday with a 2-0 loss to North Carolina FC.

The club's night ran into a considerable obstacle with a red card in the first 30 minutes. Then it  crumbled apart when North Carolina FC scored back-to-back goals around the hour mark, before coming to a complete stop with countless gilded chances being denied in the final 15 minutes.

Before a season-high 1,417 at Kino North Stadium, FC Tucson opened the night with numerous chances, including a barrage of three shots in the span of seconds that were turned away by North Carolina’s defense and goalkeeper Jake McGuire.

But the flow changed when FC Tucson defender Dakota Barnathan received a red card after a tackle on Peter Pearson.

Despite being a man down, FC Tucson reached halftime with the match still scoreless. But a goal in the 58th minute by Pearson and a penalty converted by Selmir Miscic in the 61st minute quickly changed the direction of the game.

Tucson made three changes, including a debut appearance by Alioune Diakhate, and had countless chances to get back a goal or two. But the club just couldn’t find the target or get the ball through a forest of bodies in the box.

“It’s disappointing, but we still control our destiny,” FC Tucson coach Jon Pearlman said. “The good news is there’s not much time to dwell on it because we are back on Saturday. The match was there to be won.” 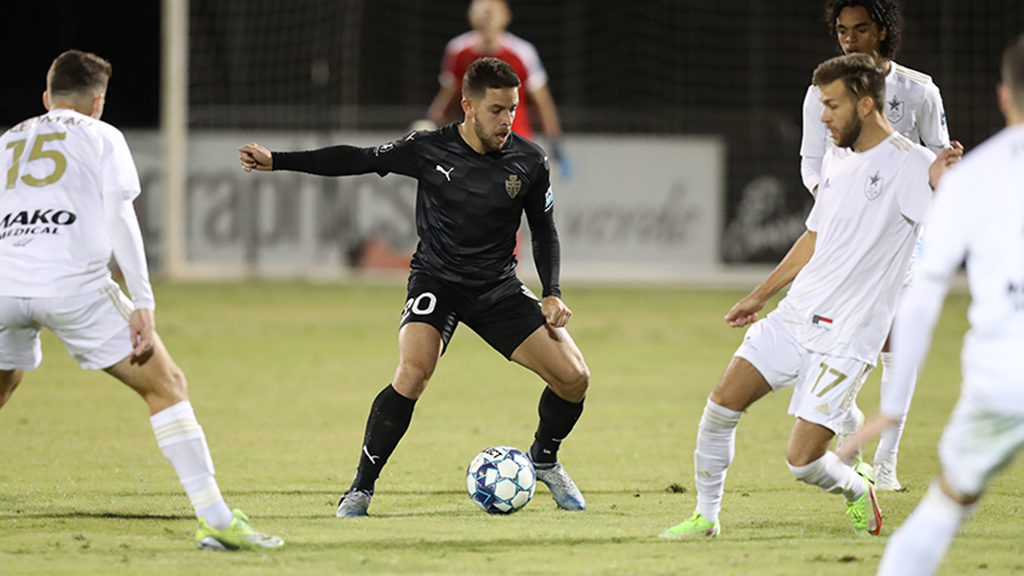