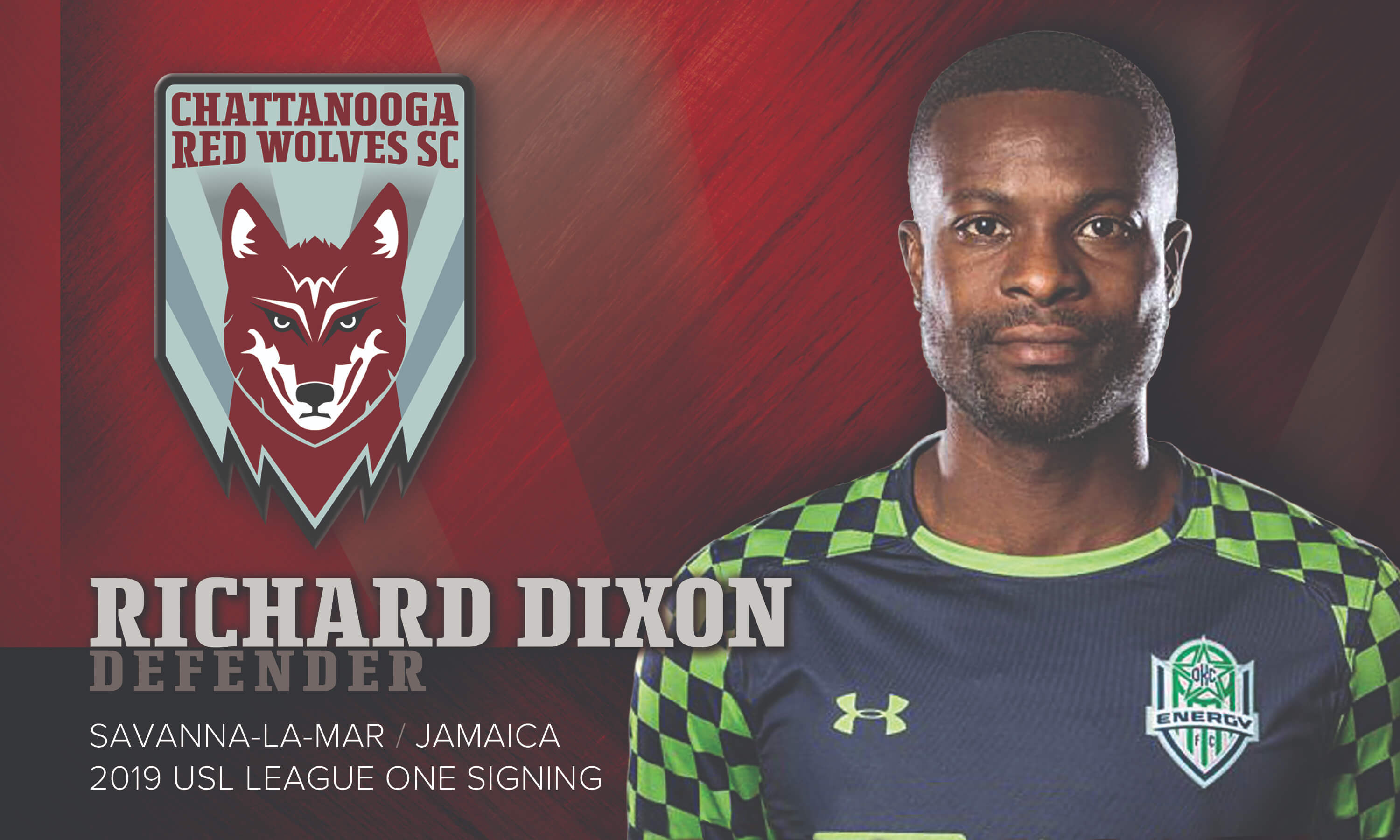 According to Tim Hankinson, head coach and technical director for Chattanooga Red Wolves SC, Dixon’s experience from competing five seasons in the USL is a valuable asset to Chattanooga's roster.

“Richard is a seasoned competitor who has the ability to play any position on the back line,” said Hankinson. “His athleticism coupled with his experience makes him a strong addition to the team. He’ll be an exciting right back to watch this season.”

Prior to Energy FC, Dixon spent two seasons with USL Championship’s Saint Louis FC. During his last season with Saint Louis in 2016, he appeared in 26 games, logged 2,125 minutes played, added three assists and was named to USL Team of the Week. In addition, Dixon was invited to compete in the Copa America and Gold Cup with the Jamaica Men’s National Team in the summer of 2015.

“I am grateful for the opportunity to join the Chattanooga Red Wolves SC family as a member of its inaugural roster,” said Dixon. “League One competition looks promising, and I’m excited to get to Chattanooga and get things started.”

Dixon’s collegiate career was spent at the University of West Florida (UWF) under head coach Bill Elliott. Dixon was a standout member of the Argonauts’ back line from 2008-12 and was named the Gulf South Conference Player of the Year in 2009 and 2012. He is the only player in UWF's history to be named a four-time NSCAA All-South Region team member.

He joins the Red Wolves SC roster as the ninth player signing for the club. Other signees include Greg Hartley, Éamon Zayed and Steven Beattie.