FC Tucson was founded in 2010 by a local group of dedicated Tucsonans who wanted to elevate the sport and bring professional soccer to the City of Tucson. Since that time, FC Tucson has been responsible for helping put Tucson on the national stage by hosting the annual MLS pre-season training events as well as developing America's top players who have gone on to become US Men's National Team and MLS members.

This year marks the 10th anniversary of FC Tucson and the Club intends to enter the new decade with a commitment to showcasing top talent and bringing the community together in a whole new fashion. You can expect the Club to make investments in building a winning team on the pitch and hiring talented front office staff with the goal of enhancing the game day experience while forming a patchwork of community initiatives that are uniquely Tucson.

FC Tucson strives to express the unique and compelling qualities of our community through the game of soccer.  We are committed to the ideals of fair play, service, development and excellence.  We endeavor to serve all forms of soccer in our region; professional, amateur, youth, men and women, girls and boys.  We will seek pathways to beneficially grow the game in southern Arizona.

The team goes 8-4-1 over its nonleague schedule, scoring 33 goals under coach Rick Schantz. In their first game ever, the Men in Black took on Major League Soccer’s New York Red Bulls with Fernando Gauna scoring the club’s first goal in a 3-1 loss at Hi Corbett Field before 2,560 fans on March 4. The season was capped with a highly successful, 6-0 win over FC Sunland before 823 fans at Cienega High School on July 8. Among those in attendance was then-MLS Executive Vice-President Nelson Rodriguez.

In the first of its seven seasons in the USL PDL, FC Tucson reached the playoffs and finished with a 9-3-4 league record. In its first home league match, Donny Toia scored the lone goal in a win over the Southern California Seahorses before 812 at a packed Kino North Grandstand on May 19. Toia, who went on to be a MLS regular, led the team with six league goals and helped FC Tucson put together an 11-match unbeaten run in all matches.

The year brought a new competition and new success for FC Tucson. In its inaugural foray into the Lamar Hunt U.S. Open Cup, the Men in Black amazingly reached the third round after upset wins over two USL Championship teams before falling 2-0 to the Houston Dynamo of the MLS on May 29. The club finished 10-6-4 overall and 5-5-4 in the PDL, the only season FC Tucson did not make the PDL playoffs. The club wrapped up the season in dramatic fashion. In an exhibition match that christened Kino North Stadium on Nov. 15, FC Tucson defeated MLS club Chivas USA with 17-year-old Sadam Ali scoring in the 89th minute for the only goal.

In the first of three consecutive seasons that FC Tucson made the PDL Western Conference final, defense reigned supreme. FC Tucson allowed just 11 league goals and managed seven shutouts in league play. On July 4, a record crowd of 2,983 watched the Men in Black clinch the PDL Mountain Division title with a 1-0 win over Albuquerque Sol FC at Kino North Stadium. Two weeks later, the club picked up its first ever playoff win. A first-ever home postseason win followed before FC Tucson fell in the conference final, PDL soccer’s equivalent to the Elite Eight.

FCT Tucson’s fourth season in the PDL ended up with another trip to the conference final. The Men in Black lost just two games en route to winning the Mountain Division. They again claimed two playoff victories — the first coming on an 86th-minute goal by longtime veteran Edgar Reyna — before losing 2-1 in the Western Conference final.

A team-record 38 goals filled the nets during the winningest season in club history. FC Tucson went 11-1-2 in the PDL, winning all seven league road games, and 16-3-2 overall in its last season with Rick Schantz at the helm. The amazing season ended in a third consecutive Western Division final.

With general manager Jon Pearlman putting on a second hat by replacing Rick Schantz as coach, FC Tucson still kept up its winning ways. Sparked by a club-record 12 PDL goals by Moshe Perez, the team won its fourth straight division title after going 9-2-3 in league play. In addition to making the playoffs, the club also reached the second round of the U.S. Open Cup.

Another coaching change — this time with Pima Community College men’s coach Dave Cosgrove taking over for Pearlman — didn’t stop the string of success for FC Tucson. The Men in Black, paced by Damian German’s 11 goals, went 7-3-4 to finish second in the PDL Mountain Division. In its fifth straight postseason appearance, the club reached the Western Conference final for the fourth time.

The franchise took its next and biggest step by turning professional, becoming one of 10 teams in the new USL League One. Jordan Jones scored 10 goals as FC Tucson played a greatly expanded schedule of 28 games. The Men in Black spent much of the season battling for a playoff spot before finishing 8-11-9 in league play.

ABOUT USL LEAGUE ONE

Shaping the future of the game in the United States and Canada, the United Soccer League (USL) – one of the most successful professional soccer organizations in the world – announced in 2017 it would launch a new third division - USL League One in Spring 2019, uniting passionate fans in new markets with the thrill of a proven professional soccer experience.

The USL has targeted U.S. communities ranging in population from 150,000 to one million – markets that represent more than 75 million people without access to a local professional soccer club. League One has focused on launching new clubs in markets that possess strong local ownership groups, populations with broad-based diversity, a vibrant millennial and strong family base, established corporate support, and stadiums to properly showcase the sport for fans, partners and the public.

League One will immediately benefit from several new USL initiatives, including USL Productions, the organization’s $10 million broadcast and content arm that was established in 2015 which features a cutting-edge broadcast and production facility in South Florida. League One will be operated with the same high level of sophistication and operational expertise that has built the USL Championship into a widely successful and respected league.

Based in Tampa, Fla., the USL supports its clubs through a dedicated staff of more than 50 executives in vital business areas including - Broadcasting, Sponsorship, Communications, Competition, League Operations, Merchandise Licensing, Team Services and more.

Through League One, the USL will continue to lead the future growth of the sport by cultivating and bonding local supporters through the ‘beautiful game’ for generations to come. 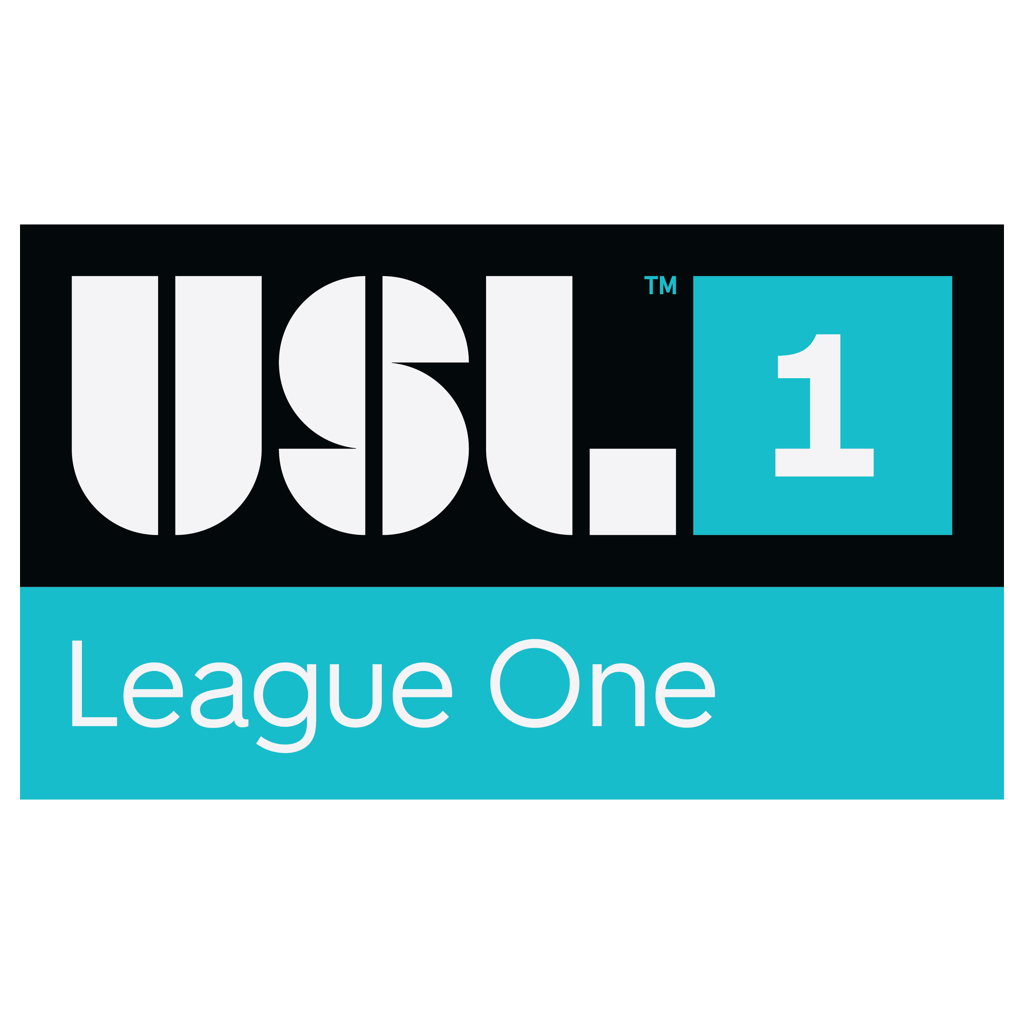