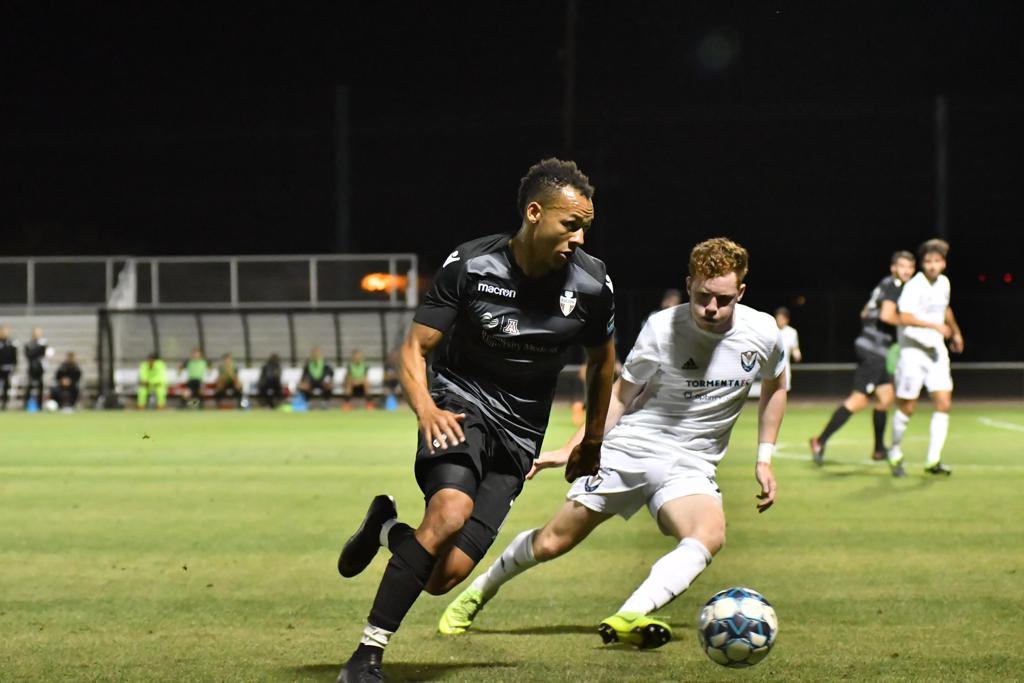 TUCSON (April 26, 2019) — FC Tucson welcomed a familiar foe to Kino North Stadium Friday night in South Georgia Tormenta FC. In their last meeting, Tormenta FC defeated FC Tucson 3-1 at home. The Men in Black were unable to get their revenge at home against Tormenta FC, losing the match 2-0.

The first 45 minutes of play was a defensive showdown. Neither club was able to establish a dominating presence on the offensive side. Despite winning the possession battle 60-40, Tormenta saw all six of their early shots on goal denied by LAFC loan GK Phillip Ejimadu.

FC Tucson came out of the locker room firing on all cylinders defensively. FCT allowed just three shots in the second half, after allowing nine in the first 45’. Tormenta’s backline was tested several times as well, however, they did not succumb to the FCT attack. In the 63’, Tormenta would net the first goal of the night off of a strike from Lucas Coutinho.

Despite the goal, FCT continued to search for the equalizer in the closing minutes. Forward Roy Abergil had two exceptional shots on goal that nearly hit the back of the net. Tormenta would take advantage of an empty net to increase their lead to 2-0 during stoppage time.

FC Tucson will be back in action on Tuesday, April 30thwhen they host Lansing Ignite at Kino North Stadium to wrap up a three-match homestand. Kickoff is set for 7:00 PM. The match will be streamed lived via ESPN+.