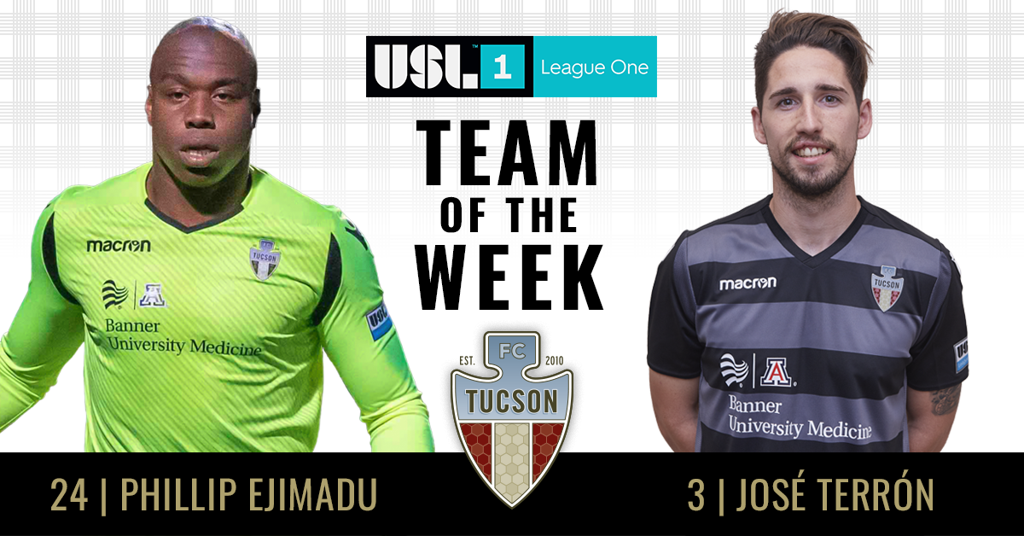 TUCSON (May 7, 2019) — FC Tucson defender José Terrón and goalkeeper Phillip Ejimadu was named to the USL League One Team of the Week for Week 6 of the 2019 USL League One season the league announced today.

Terrón nabbed his first start of the season last Tuesday against Lansing Ignite FC and did not disappoint. A native of Torrelavega, Spain, Terrón recorded five clearances, one assist and won 8 of 11 duels. He also created two chances as FC Tucson cruised past Lansing Ignite FC 2-0.

Ejimadu, a loanee from MLS side LAFC, recorded five saves and his first clean sheet of the season en route to the victory against Lansing Ignite FC. The performance earned the 19-year-old goalkeeper USL League One Man of the Match honors. Through the first five matches of the season, Ejimadu has registered 17 saves and one clean sheet.

FC Tucson will be back in action this Saturday, May 11th when they travel to Richmond, VA to face off against the Richmond Kickers. Kickoff is set for 4:00 P.M. The match will be televised via ESPN+.