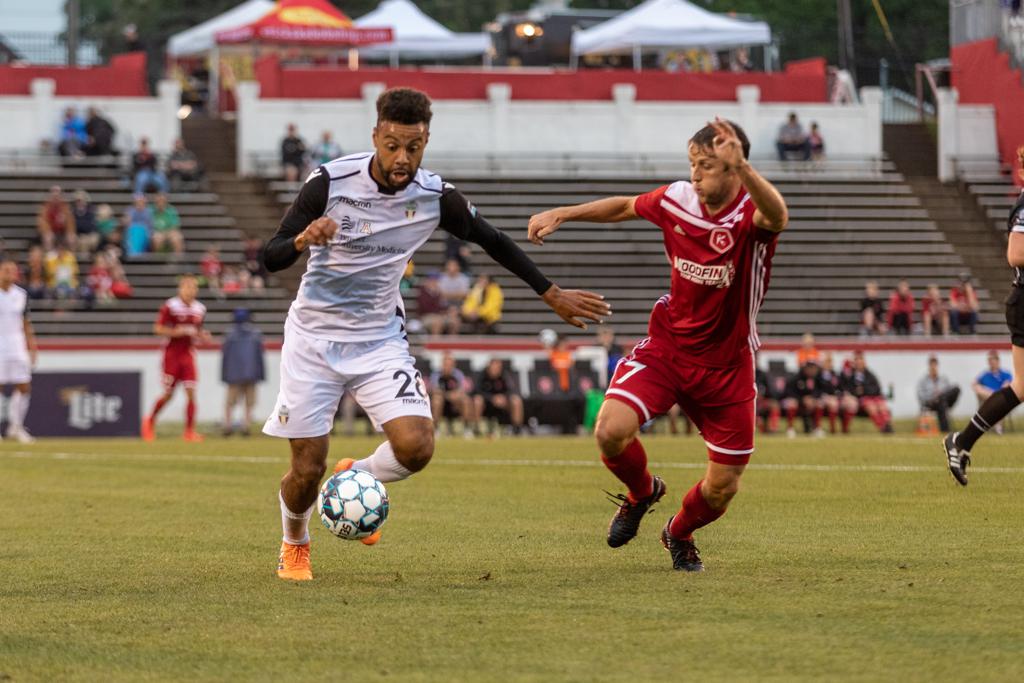 TUCSON (May 11, 2019) — In its first trip to Richmond, VA, FC Tucson was unable to grab points as the club was defeated 2-0 by the Richmond Kickers.

Coming off of an 11-day layoff, FC Tucson arrived at City Stadium in Richmond, VA with hopes of winning back to back matches for the first time this season.

The first half provided constant pressure in the attacking third from Tucson. Chances from forwards Devyn Jambga as well as Guillermo Delgado served as a sign of good things to come in the first half. In the 21’, defender Luke Hauswirth delivered a beautiful cross to Jambga who was positioned just a few feet from the Kickers net. However, his header attempt would end up bouncing off of the crossbar and resulting in the Kickers goal kick.

LAFC loanee goalkeeper Phillip Ejimadu Ejimadu collected three solid saves in the first 45’, resulting in a 0-0 score at the break.

FC Tucson found themselves on the defensive end much more in the second 45’. FCT managed to record a season-high 18 clearances as the backline stood firm against the Richmond attack. The score would remain at 0-0 all the way until the 83rd minute, when Joe Gallardo found the back of the net for the Kickers. The lead would be extended to 2-0 during stoppage time behind a strike from Mutaya Mwape.

FC Tucson will be back in action on Saturday, May 18th, when the club plays host to Chattanooga Red Wolves. Kickoff is set for 7:30 PM MST. The match will be streamed lived via ESPN+.