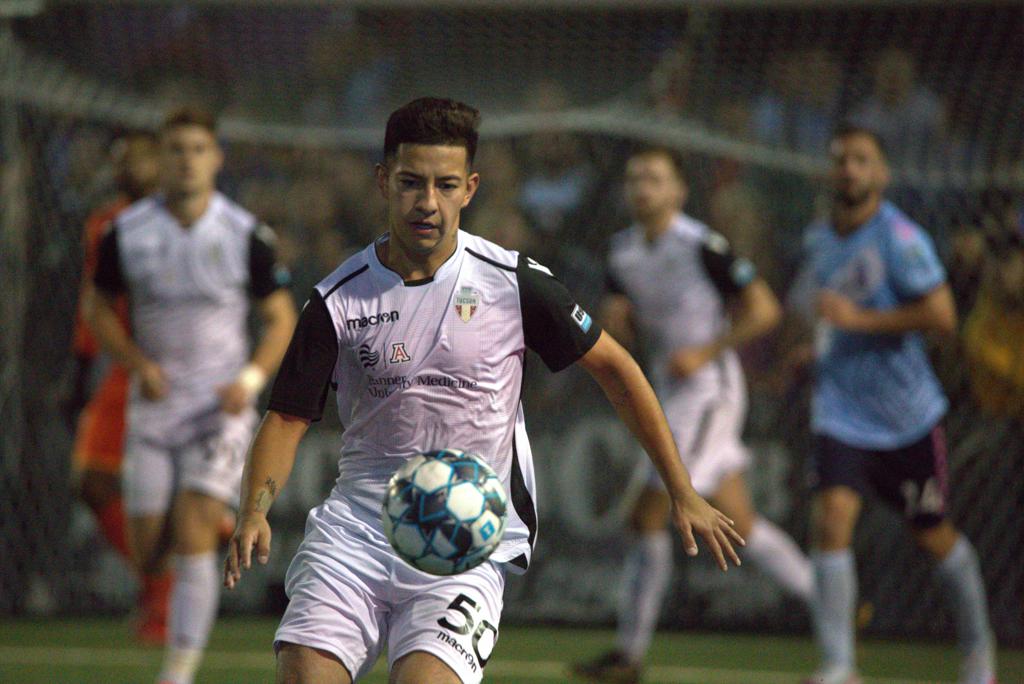 TUCSON (June 15, 2019) — FC Tucson was unable to cap off its two-match road trip with a win as the club fell to Forward Madison FC 2-1 at Breese Stevens Field.

Tucson faced a short turnaround as the club entered Madison, WI following a mid-week win at Orlando City B. The club was forced to regroup defensively after surrendering a goal during the first minute of play.

But FC Tucson controlled the possession for the remainder of the half as the club registered eight of its season-high 17 shots in the first 45 minutes. In the 34thminute, Tucson had another defensive breakdown and the club relinquished another Forward Madison goal.

Searching for the back of the net, Tucson saw prime opportunities from Jamael Cox, Guillermo Delgado and Jordan Jones all come up short as Madison keeper Brian Sylvestre made several stops in the first half.

Coach Sawatzky made a few second-half substitutions to strengthen the club’s presence in the attacking third. This resulted in the club registering nine shots in the second 45 minutes of play.

Forward Roy Abergil nearly closed the deficit in the 65’ with a powerful right-footed strike that soared over the crossbar.

Defender Kyle Venter notched his second goal of the season with a header in the 90th minute. Midfielder Erik Virgen collected his first assist of the season as he found Venter with a beautiful volley to the center of the box as time expired.

FC Tucson will be back in action on Tuesday, June 25th, when the club travels to Frisco, Texas to take on North Texas SC. Kickoff is set for 6:00 PM MST. The match will be streamed lived via ESPN+.