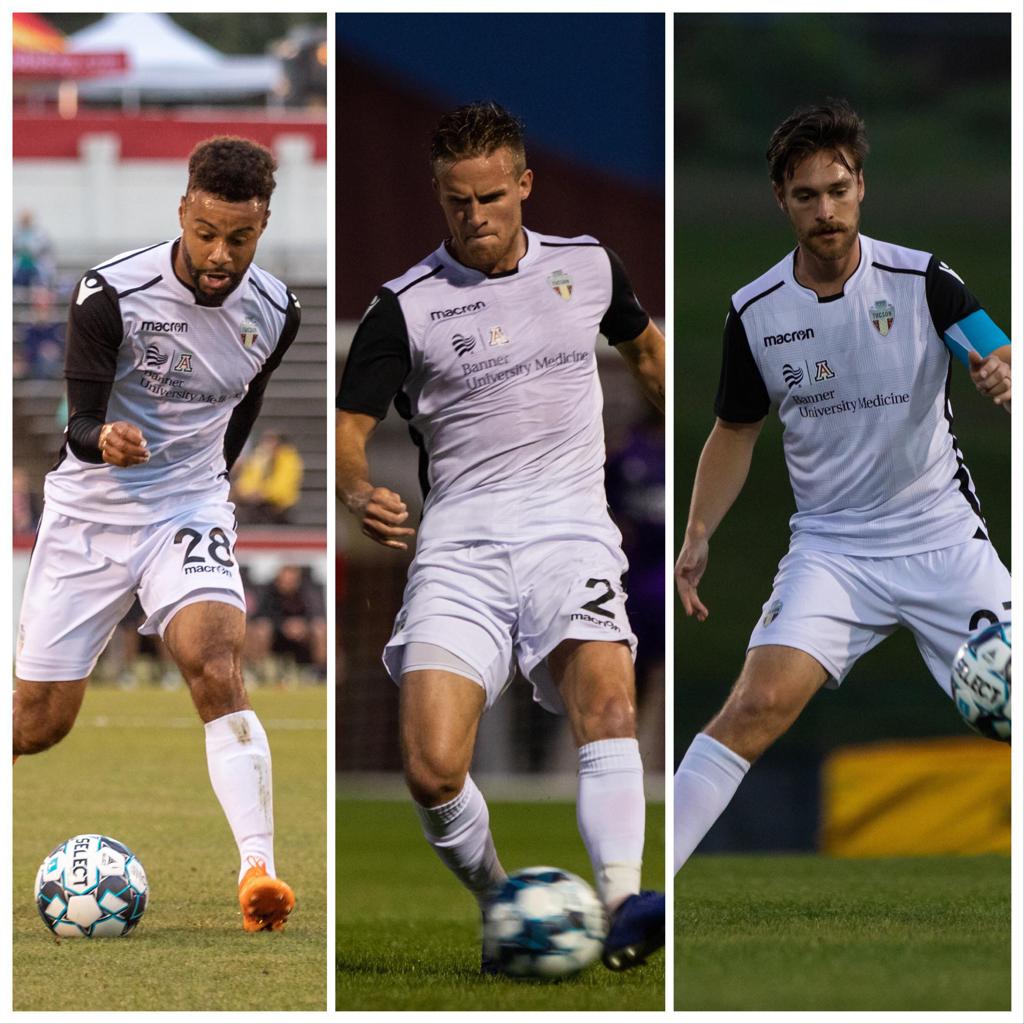 TUCSON — This year has been an historic season for FC Tucson. The club joined the professional ranks after a successful seven-year tenure at the PDL (now USL League 2) level.

Now a founding member of the inaugural USL League One season, the club can add a few more milestones to the record books.

Last month, USL Championship side Phoenix Rising FC called up FC Tucson midfielder Andrew Wheeler-Omiunu and defenders Kyle Bjornethun and Austin Ledbetter to their active roster. This marked the first-time in USL League One history where players were promoted to a USL Championship side.

“Our number one job as a developmental team is to get guys promoted to Phoenix Rising,’ said head coach Darren Sawatzky. “Andrew, Kyle and Austin were called up to Rising due to their exceptional play and that is what we want. We are extremely happy for those guys receiving that special opportunity.”

The midfielder is considered one of the most consistent players on the team by Sawatzky. Wheeler-Omiunu led Tucson in interceptions (17) as well as contributed one goal in nine starts.

On Friday, June 7th, Wheeler-Omiunu made his first appearance for Rising FC in the 71st minute. Then, moments after arriving on the pitch, he found the back of the net for the club’s fifth goal of the evening and his first for Phoenix Rising.

Wheeler-Omiunu became the first USL League One player to score a goal in a USL Championship match.

The following day, the 24-year-old midfielder drove back down to Tucson and logged a full 90-minutes with FC Tucson in their scoreless draw against the Richmond Kickers.

“I don’t expect this situation to be the norm,” Wheeler-Omiunu stated. “I was grateful that I was the person who could help out both teams.”

The defensive duo of Ledbetter and Bjornethun made their presence known early in Tucson. Ledbetter, a native of St. Louis, Missouri, served as a key-piece in the development of Tucson’s defensive game plan at the beginning of the season. The 6-foot, 185-pound defender was named to the first-ever USL League One Team of the Week following an impressive outing against Orlando City B in week one of the 2019 season.

A seasoned defender with USL Championship experience, Ledbetter was re-connected with his former PDL coach Rick Schantz, who coached him during the 2014 and 2015 seasons. 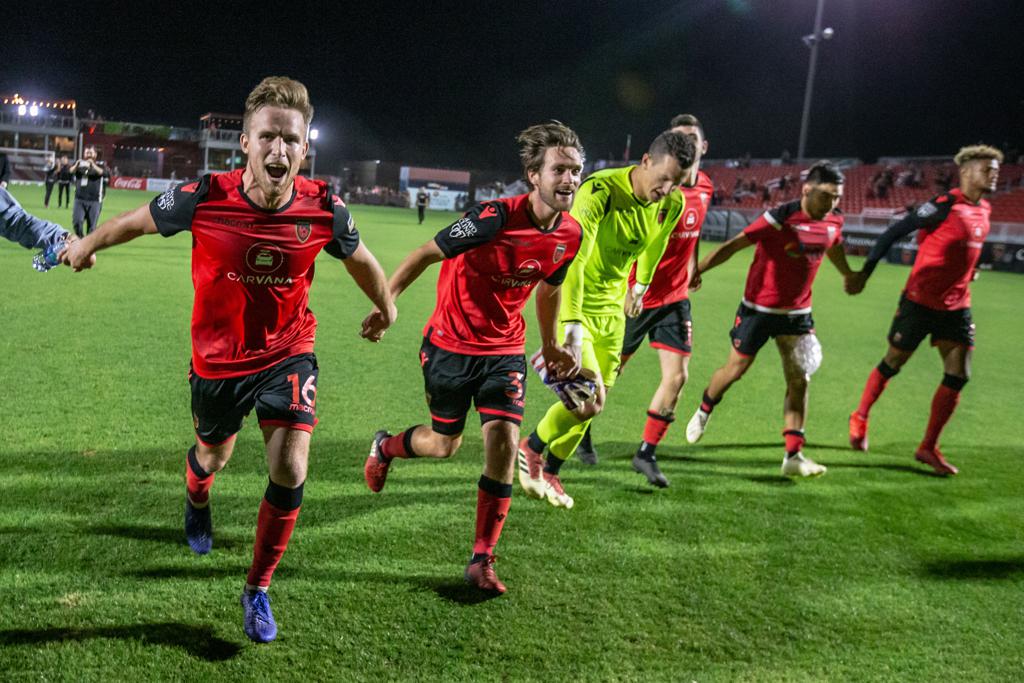 While he’s played for developmental teams in the past, Bjornethun says his time in Arizona has been like no other.

“I was fortunate to play for MLS clubs and the ecosystem that has directly affiliated second teams” Bjornathun said. “It was an honor to receive a call-up back then and it’s an honor now. However, I feel much more comfortable with the Rising-Tucson relationship.

“We aren’t treated any different than the players signed with Rising. They have welcomed us with open arms, and it shows on the pitch with the opportunities we have received.”

With Phoenix Rising FC in prime position for a playoff run (9-2-5, 32 points), the depth that the Tucson trio provides is critical. While there is an opportunity for the players to return to Tucson and rejoin their comrades in the Old Pueblo, Sawatzky constantly reminds his players of the overall challenge he presented to them upon their arrival.

“Our job is to develop these players in hopes of getting them to the USL Championship or MLS level,” Sawatzky said. “While this is FC Tucson, a community club that wants to win games, we also want our players accomplishing their goals of playing soccer on the highest level.”

As of right now, it appears to be a successful formula.