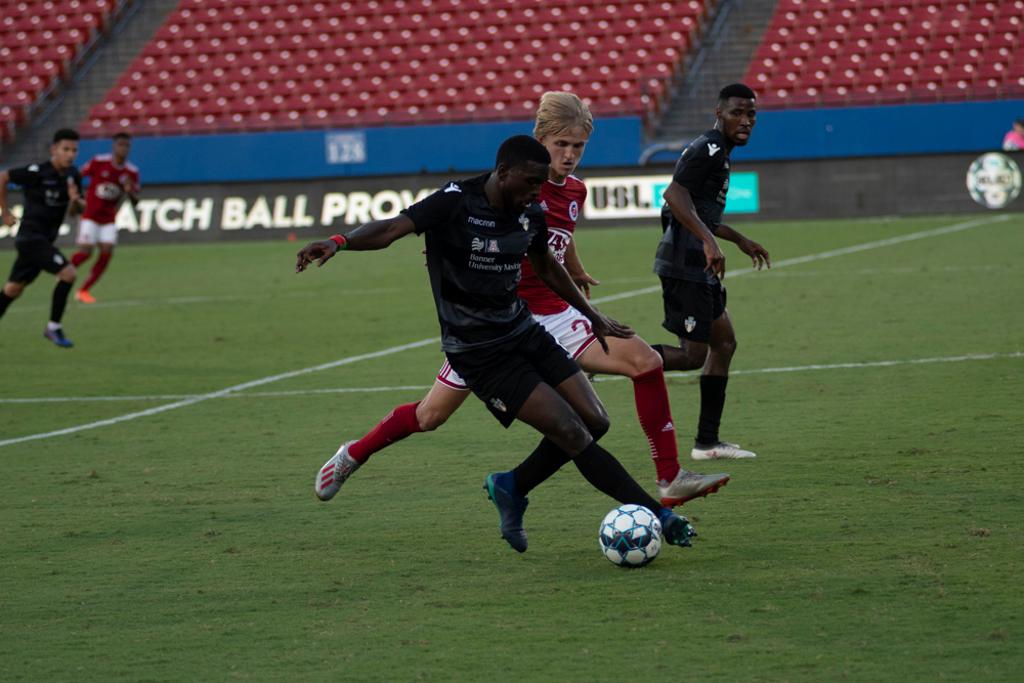 TUCSON (June 25, 2019) — FC Tucson’s first trip to Frisco on Tuesday evening was not a winning one, falling to North Texas SC 1-0. This marks the end of a three-match road trip for FCT. The Men in Black will return to Kino North Stadium for their annual “Fireworks Night” on July 3rd versus Toronto FC II.

FC Tucson opened up the match with an exceptionally high level of intensity, providing constant pressure against North Texas’ attackers. With the departure of leading scorer, Ricardo Pepi, North Texas looked to fellow striker Ronaldo Damus to lead the attack.

Well aware of NTX’s scoring ability, Tucson implemented a high press in hopes of taking advantage of a mistake.

However, it was North Texas who struck first in the 39th minute. North Texas forward Ronaldo Damus made it a 1-0 lead for the hosts scoring his eighth goal of the season.

Despite the deficit, Tucson registered six shots in the first 45 minutes of play, two on frame.

The second half saw both clubs trade minimal scoring opportunities with FCT’s best coming in stoppage time. In the 90’+2 Zach Wright saw a close range rebound blocked after being set up by Kyle Bjornethun. The ensuing corner kick would result in little danger as North Texas secured the three points.

FC Tucson will be back in action on Wednesday, July 3rd, when the club plays host to  Toronto FC II for its annual “Fireworks Night”. Kickoff is set for 7:30 PM MST. The match will be streamed lived via ESPN+.