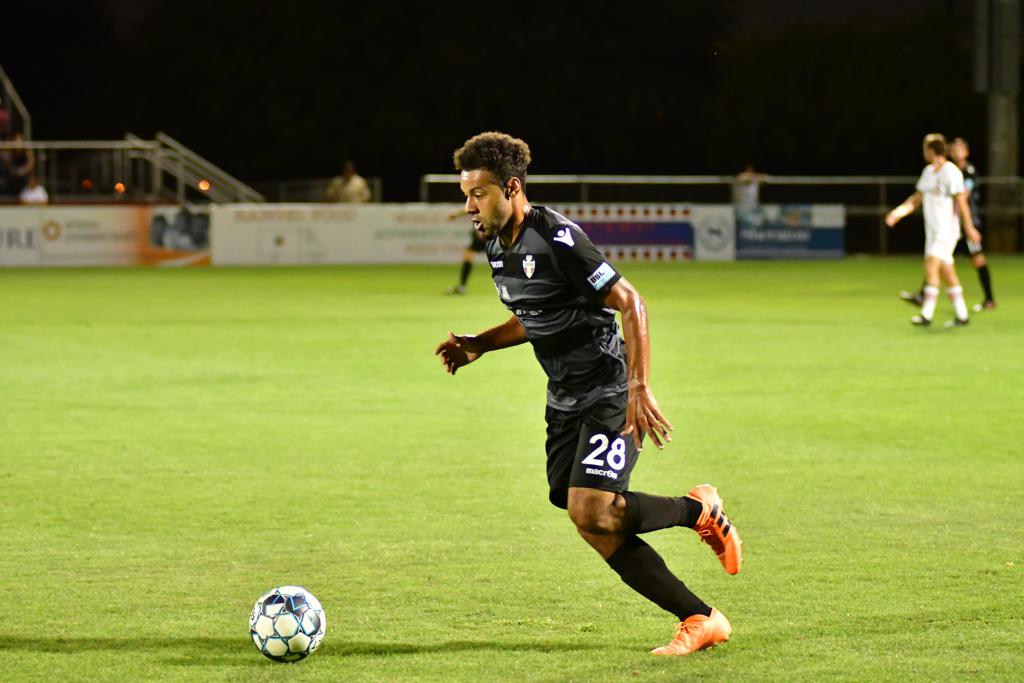 FC Tucson provided a show for the crowd at Kino North Stadium prior to the annual fireworks spectacular scheduled for after the match.

The Men in Black wasted no time establishing an attacking presence. In just the fifth minute, Kyle Bjornethun sent a beautiful cross into the box to midfielder Andrew Wheeler-Omiunu who took a powerful hit from 30 yards out to find the back of the net for the home side.

It was the fastest goal in the club’s professional era.

Moments later, midfielder Raheem Somersall showed off his impressive dribbling moves to bypass Toronto defenders and connect with fellow midfielder Devin Vega. With a smooth touch, Vega broke past the keeper to extend the Tucson lead to 2-0.

In the 25th minute, goalkeeper Carlos Merancio cleared the ball into the opponent’s attacking third. Forward Jordan Jones gathered the long ball and delivered a rocket into the back of the net from directly outside of the keeper’s box.

It was the first time this season where the club has registered over two goals in a single half.

Toronto found life in the 72nd minute as FC Tucson defender Kyle Bjornethun slid in an attempt to intercept a volley into the box, resulting in an own-goal for Toronto FC II.

FC Tucson will be back in action on Saturday, July 13th, when the club travels to  Lansing, Michigan for a face-off against Lansing Ignite FC. In their last meeting on April 30th, Tucson defeated Lansing 2-0 at Kino North Stadium. The match will be streamed lived via ESPN+.