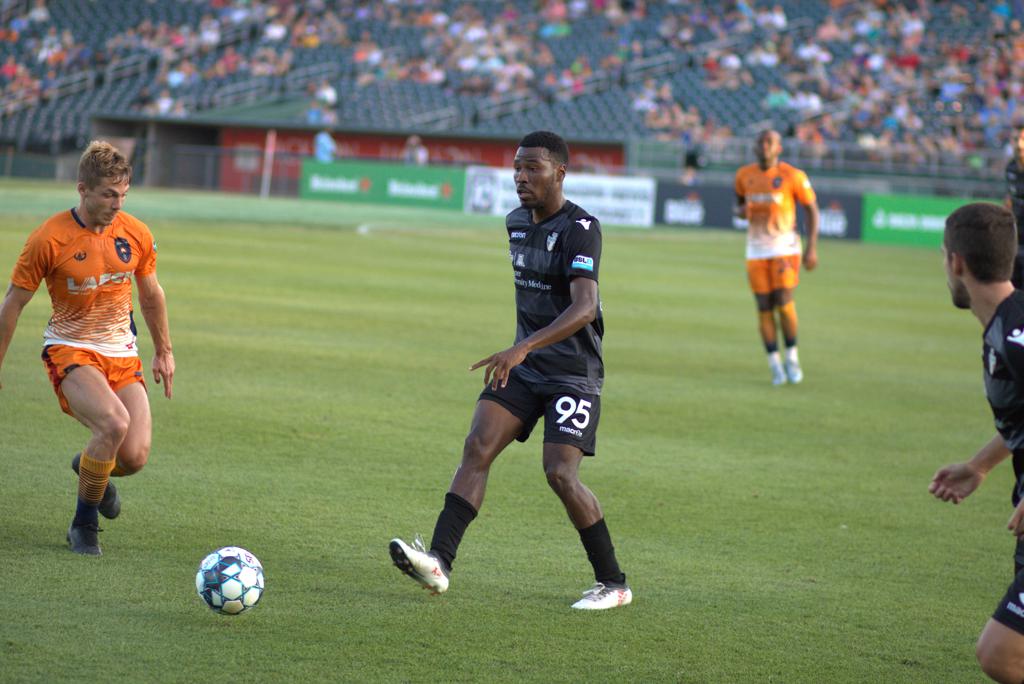 ●      Forward Jordan Jones found the back of the net for the third time this season, tying for first on the club with three goals.

FC Tucson started the match on the attacking as foot as forward Jordan Jones recorded two great chances within the first 15 minutes of play. Tucson appeared to be rejuvenated from last week’s 3-1 victory over Toronto FC II. Similar to previous matches, FCT came out in a high press in hopes of executing on the counter-attack.

In the 26th minute, a Lansing was awarded a penalty kick which was calmly converted by Tumi Moshebane, giving the home side a 1-0 lead.

Howell’s equalizer presented the two sides with a tight 1-1 score as they entered the locker room.

LIFC forward Tumi Moshebane netted his second goal of the night in the 49th minute to give the home side a 2-1 lead.

Three minutes later, FC Tucson’s Jordan Jones was awarded a chance from the spot after a hand-ball was signaled by the official.

Jones made the most of his opportunity from the penalty spot as he registered FCT’s second equalizer of the evening.

The two sides would exchange a few more shots back and forth in the defensive showdown. FC Tucson’s backline combined for 31 clearances and ten interceptions.

LAFC loanee goalkeeper Phillip Ejimadu made his return to Tucson following a run in the Open Cup with LAFC.

The 19-year-old keeper registered four stops on the evening.

FC Tucson will be back in action on Saturday, July 20th, when the club travels to Greenville, SC for a showdown against Greenville Triumph SC. This marks the first meeting between the two sides.

Kickoff is set for 4pm and the match will be streamed live via ESPN+.

"I can't commend the guys enough to battle back and earn a tough road point. There were some interesting calls going in both directions. We executed well enough to find a couple more goals but couldn't quite finish on those opportunities"

"We implemented the high-press in the middle of the season to mirror what (Phoenix) Rising is doing on the USL Championship level. Jordan Jones is very similar to PRFC forwards Adam Jahn and Ben Spencer. He's a big striker (6'2, 180 lbs) that can do a lot of good things for us. We would like him to score more goals and I am confident that he will."

On the short training week leading up to the GVL match

"This upcoming week is all about recovery and regeneration. We'll be traveling all day tomorrow so Monday's sole focus will be recovery. We are losing two days of training due to travel so there won't be any strenuous training sessions this week. We will recover from tonight's match, have a successful week of training, and depart to Greenville to grab three points."