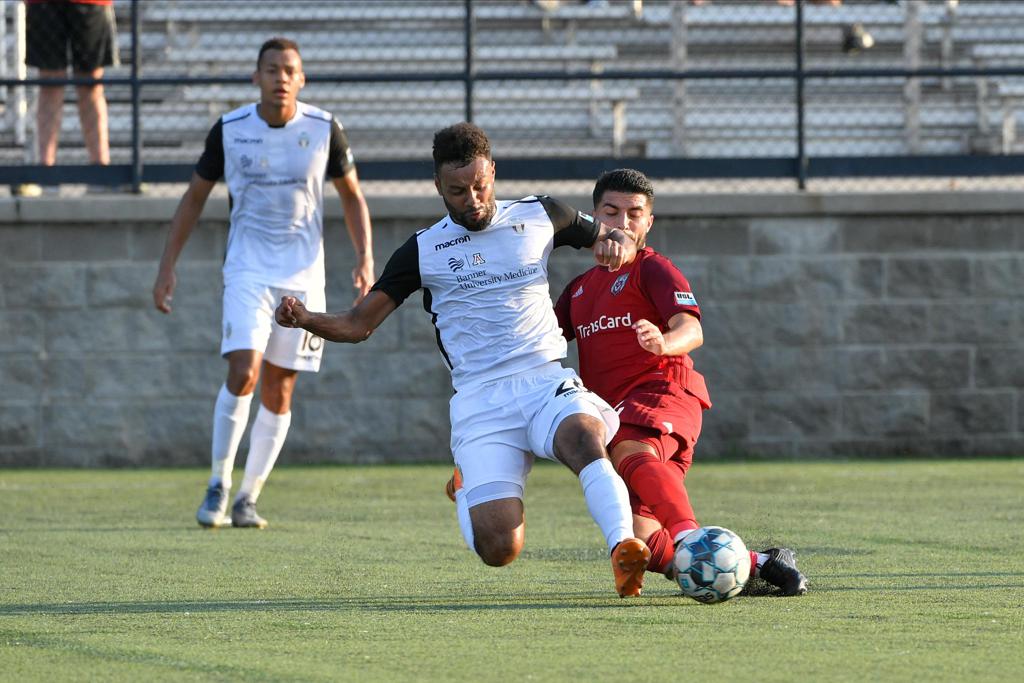 ●      Defender Kyle Venter scored his fourth goal of the season in the 1st minute of play. This marked the second fastest USL League One goal scored this season.

In the first minute of play, Devin Vega sent a corner kick into the box in an attempt to execute a set-piece. Forward Jordan Jones was the first FCT player on the ball. But, a powerful header from Jones bounced off the crossbar and rebounded to defender Kyle Venter, who found the back of the net for his fourth goal of the season.

Venter’s spectacular opening goal marks the second fastest goal scored in USL League One history.  Fittingly, Tucson gave up the fastest goal in league history when they played at Madison.

The Red Wolves were unable to generate any type of offensive presence in the first half as the two sides entered the locker room at 1-0.

Tucson saw its scoring opportunities dwindle in the second half. The Men in Black were awarded a free kick in the 58th minute that nearly found the back of the net. But midfielder Devin Vega was denied on a shot from nearly 30 yards out.

The Red Wolves eventually found their equalizer in the 68th minute from midfielder Eamon Zayed.

FC Tucson will be back in action on Saturday, August 3rd, when the club returns to Madison, Wisconsin for a matchup against Forward Madison SC . In their last meeting, Forward Madison defeated FC Tucson 2-1 in the two side’s first meeting at Breese Stevens Field.

Kickoff is set for 5pm and the match will be streamed lived via ESPN+.

"We scored an early goal and earned a tough road point in a tough place after some tough travel. The second half of the season is here so teams are becoming familiar with each another and their style of play.  I'm proud of the way the guys fought tonight to grab a solid point on the road."

"Devin (Vega) whipped a good corner into the box and Jordan Jones got a hold of it but hit the crossbar. Kyle Venter used his excellent professional experience to score his fourth goal of the season. Whenever we need a goal, he finds it for us."

On Upcoming Visit to Madison:

"We left points on the table the last time we were in Madison. The guys will be excited to return to Breese Stevens Field, it's an awesome environment. But we know what we need to do and we're looking to walk away with three points."