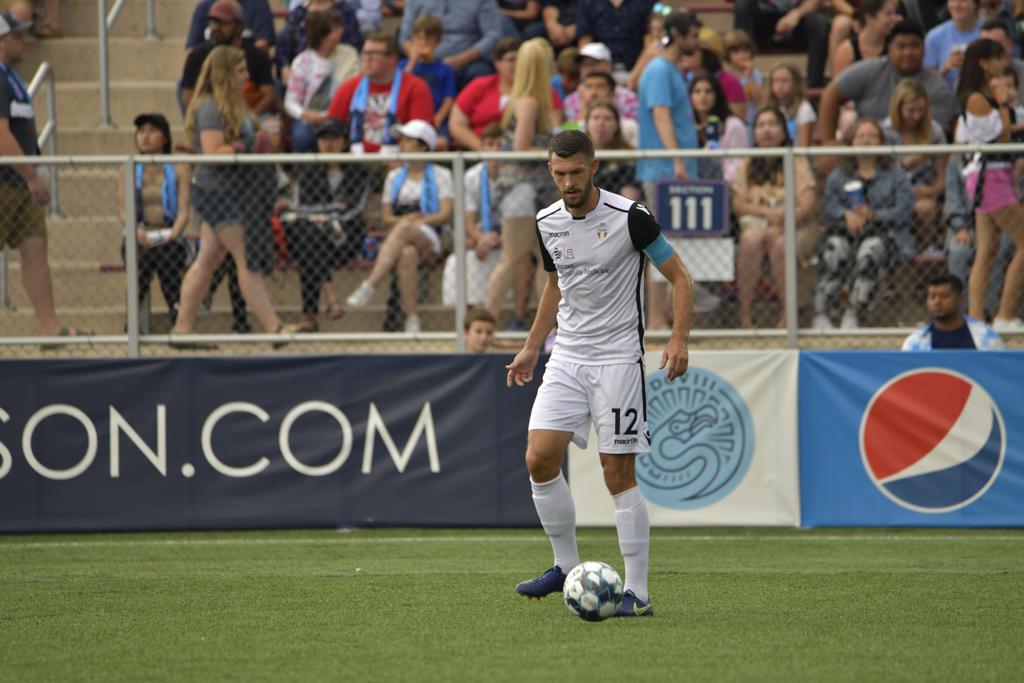 FC Tucson’s stood tall early bringing a high line of pressure to the home side as the Flamingos of Forward Madison were unable to progress the ball into Tucson’s attacking third.

On loan from USL Championship side Phoenix Rising FC, forward Ben Spencer recorded two early shots that nearly found the back of the net but both were saved by Madison’s Brian Sylvestre.

FCT would see a prime opportunity come from LAFC loanee Lamar Batista who nearly scored the equalizer in the 27th minute off of a corner kick. However, defender Wyatt Omsberg made a last-second goal line clearance to keep the match scoreless.

In the 41st minute, Madison scored the opening goal of the match following a strike from forward Don Smart to give the home side an 1-0 lead as they entered the locker room.

Despite the deficit, Tucson controlled the possession battle in the second half as the side searched for the equalizer.

In the 88th minute, defender Luke Hauswirth sent a powerful strike from 20 yards outside of the box that surpassed two Madison defenders nearly missing the far post.

FC Tucson will be back in action on Saturday, August 10th, when the club travels to Frisco, TX for a matchup against North Texas SC.

Kickoff is set for 7:20pm and the match will be streamed lived via ESPN+.

"Tough one on the road. We created some good chances theat were cleared off the line. I commend the guys for fighting. We will get back at it this week after tomorrow's travel and get ready for North Texas."

"Carlos is a young goalkeeper who played well again and is growing each week. We are happy with his progress and will continue to push him."

On the club's early chances:

"We gave up a goal on a counter-attack that I think was preventable. If we finish on our chances the game ends differently. Credit to Madison, they finished tonight and we did not."