Duo earns their second USL League One Team of the Week honor. 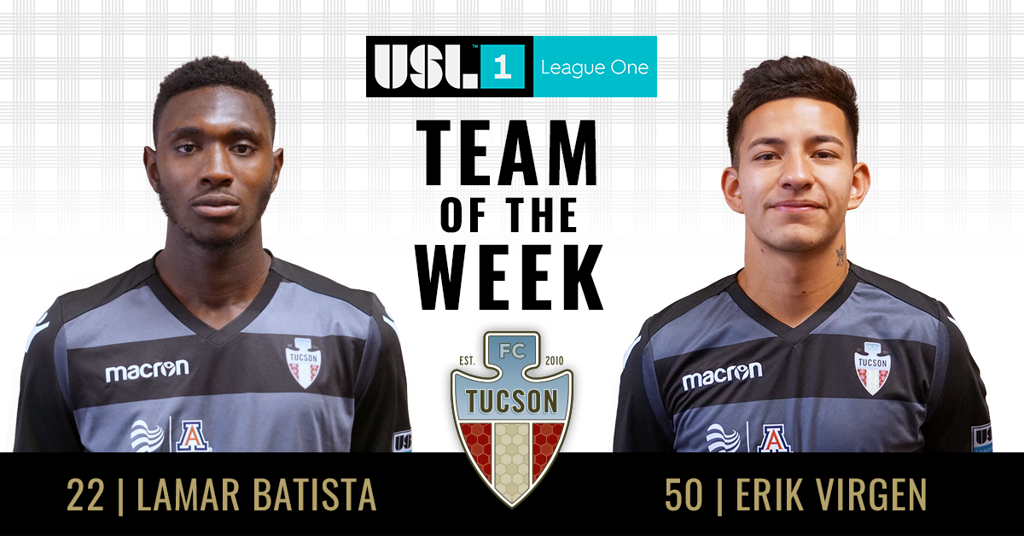 TUCSON, Ariz. (Sept 3, 2019) — FC Tucson midfielder Erik Virgen and defender Lamar Batista were named to the USL League One Team of the Week for Week 23 of the 2019 USL League One season the league announced today.

Batista won 11 of 16 duels, registered four tackles, and completed 2 of 3 dribbles in the club’s 1-0 shutout victory against Chattanooga.

FC Tucson will be back in action on Friday, September 6th when the club plays host to Lansing Ignite FC. In their last meeting, the two sides played to a 2-2 draw at Cooley Law School Stadium.

Kickoff is set for 7:30 P.M. and the match will be streamed via ESPN+.