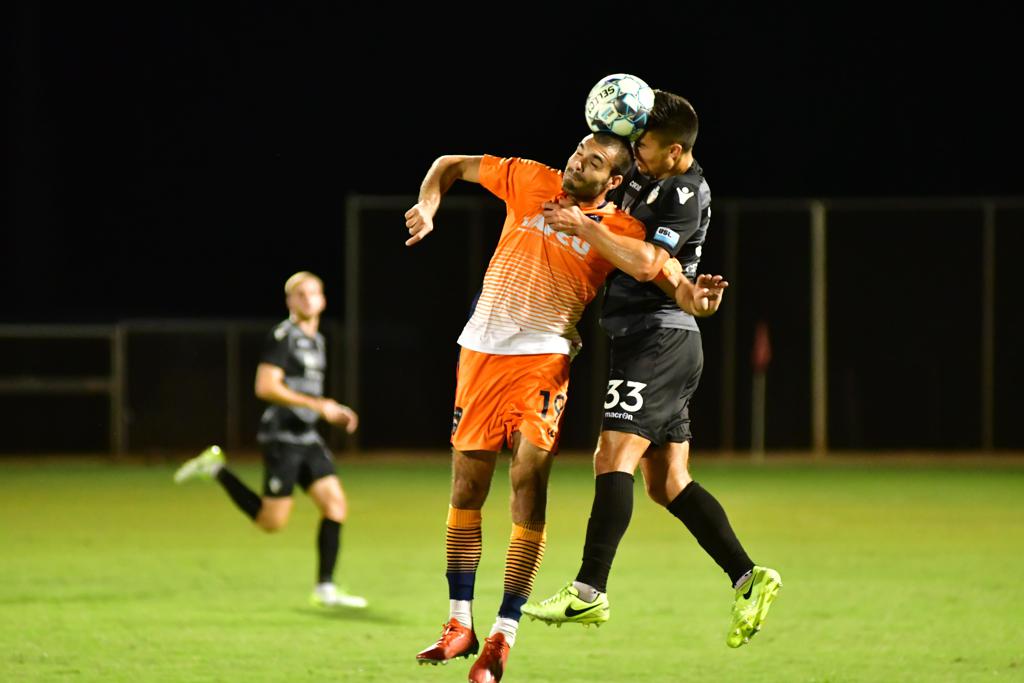 In the opening minutes, midfielder Erik Virgen received a through-ball, dribbled around two Lansing defenders, and took a powerful strike that sailed over the cross-bar.

Moments later, in the 9th minute, midfielder Ramone Howell surpassed Lansing’s Ivo Cerda to find forward Jordan Jones on the run. Jones created separation from the Lansing defense to get a clear shot on frame. But the ball was deflected by Lansing GK Stefan Cleveland. Virgen quickly hopped on the rebound ball but couldn’t capitalize on the finish.

Lansing Ignite had better luck in the final third.

Patio Botello-Faz scored the opening goal in the 16th minute and followed up with his second goal of the night in the 26th minute to make it 2-0. His teammate Tumi Moshobane scored in the 33rd minute to close out the first-half scoring and give Ignite FC a 3-0 lead.

Virgen, Zach Wright and,  Luke Hauswirth all had prime chances but Lansing goalkeeper Stefan Cleveland stood strong between the pipes, making five saves en route to his seventh clean sheet of the season.

Moshobane collected his second goal of the night, and his club’s final tally, in the dying moments of stoppage time.

FC Tucson will be back in action on Friday, September 13th, when the club travels to Greenville, SC to take on Greenville Triumph SC for the final time this season.

Kickoff is set for 4:00 pm and the match will be streamed live via ESPN+.