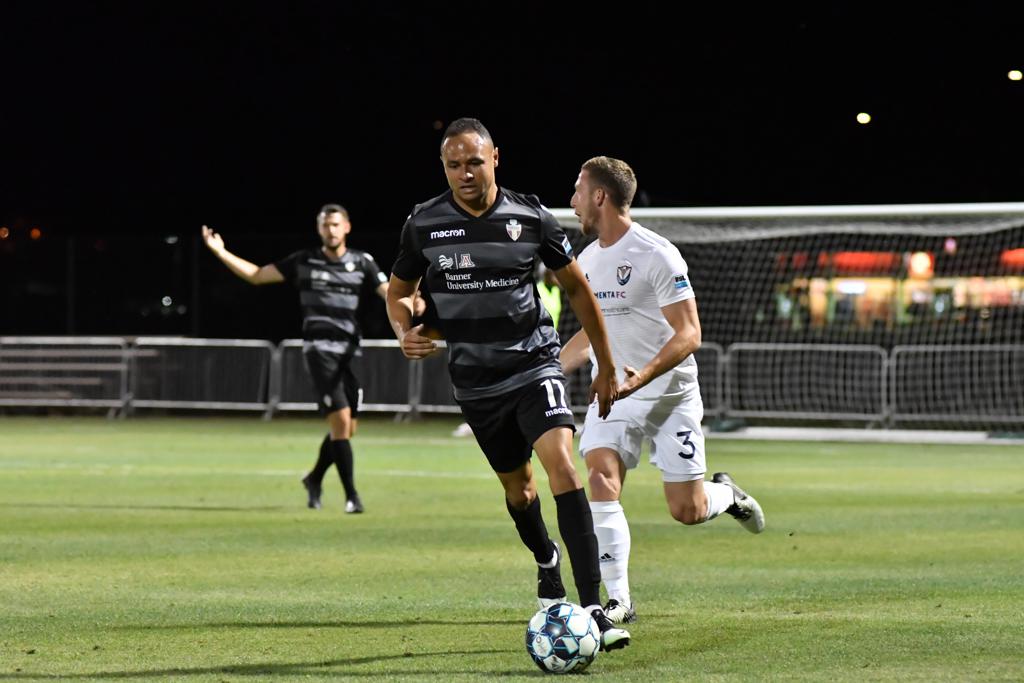 FC Tucson prepares to play their third match in just six days as the home side welcomes Forward Madison FC to Kino Sports Complex for the first time this season.

Following an 2-0 deficit at the half, the home side registered two unanswered goals courtesy of forward Jordan Jones in the 50thminute and midfielder Jamael Cox in the 90th.

During stoppage time, Greenville’s Chris Bermudez scored the game-winning tally to give the away side a 3-2 victory and a berth in the inaugural 2019 USL League One playoffs.

Forward Madison enters the match following a 1-0 victory over North Texas SC. The Flamingoes currently sit in fourth place with a record of 11-9-6 and 39 points.

FC Tucson can eliminate Forward Madison from playoff contention with a win.

●      Defender Kyle Venter is the only FC Tucson player to record a goal against Forward Madison.

After being sidelined with a lower-body injury, Jamael Cox made his return to the pitch last Tuesday against Greenville Triumph SC. Cox recorded the equalizer in the 90thminute while recording a passing accuracy of 91.7%.

Welcome to The Big Show

17-year-old forward Ilijah Paul made his professional debut in the 83rdminute against Greenville Triumph SC, completing two passes and registering one clearance.

Forward Jordan Jones recorded his eighth goal of the season against Greenville. Jones needs just five more goals to tie the club’s all-time record for goals in a season.