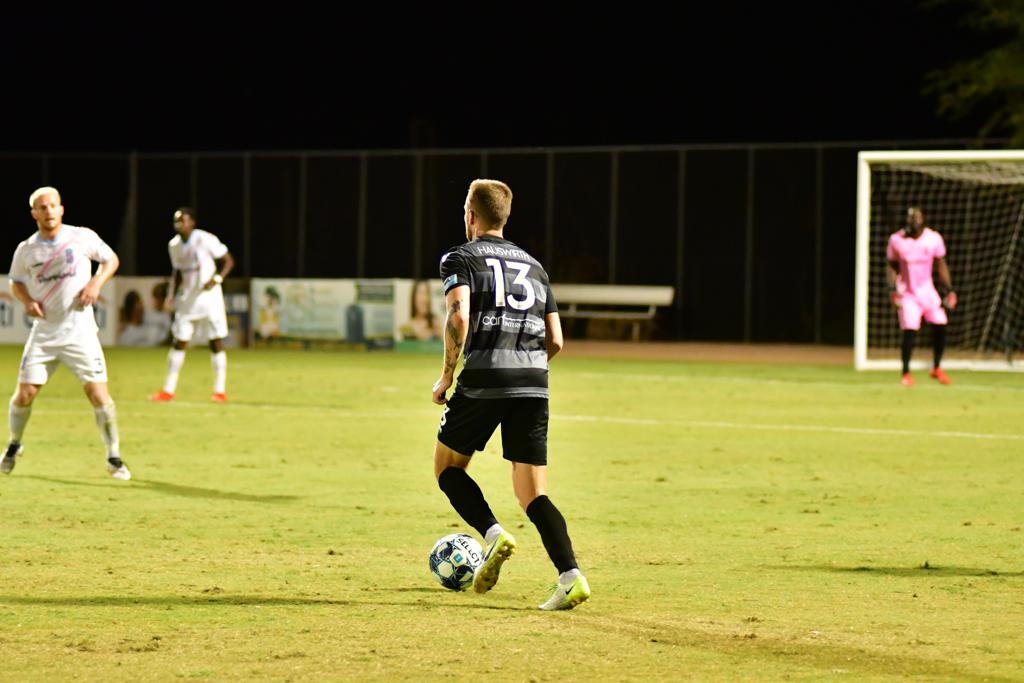 ●      Forward Jordan Jones registered his ninth goal of the season in the 31stminute.

Already out of the playoff race, FC Tucson gave Forward Madison FC all it could handle in a tough 1-1 draw at Kino North Stadium. The home side recorded its first chance within the first ten minutes of play.

Making his professional debut, 17-year-old forward Ilijah Paul showed off some fancy dribbling moves to bypass two Madison defenders for a 1v1 matchup with the keeper. But Madison goalkeeper Bryan Sylvestre was able to make a last-minute save to keep the match scoreless.

But it wouldn’t take FC Tucson long to find its opening goal.

In the 31st minute, defender José Terrón seized a rebound shot off the post and sent the ball inside the box to Jordan Jones, who headed the ball into the back of the net for his ninth goal of the season. This marks the second consecutive match where Jones has scored at least one goal.

But Forward Madison wouldn’t trail for long. During first-half stoppage time, Madison was awarded a chance from the spot following a hard foul called inside of Tucson’s box.

Forward Don Smart delivered from the spot to score the equalizer for the away side as they entered the locker room.

Both sides exchanged chances in the second half in hopes of scoring the game-winning goal. In the opening minutes of the second half, goalkeeper Carlos Merancio made a spectacular point-blank save to keep the away side off the board.

FC Tucson’s best chance to score the game-winner came in the 73rd minute of play. Midfielder Karsten Hanlin sent a beautiful volley to the feet of Devyn Jambga in stride. Jambga displayed a good first touch and sent a rocket to the opposing team’s goal but barely missed the far post.

Despite their attempts, both sides were unable to break the dead-locked score in the final minutes.

FC Tucson will play in their final match of the 2019 USL League One season next Friday when the club hosts North Texas SC. North Texas has already clinched the USL League One regular-season title and currently sit in first place with a record of 16-6-5 and 53 points.