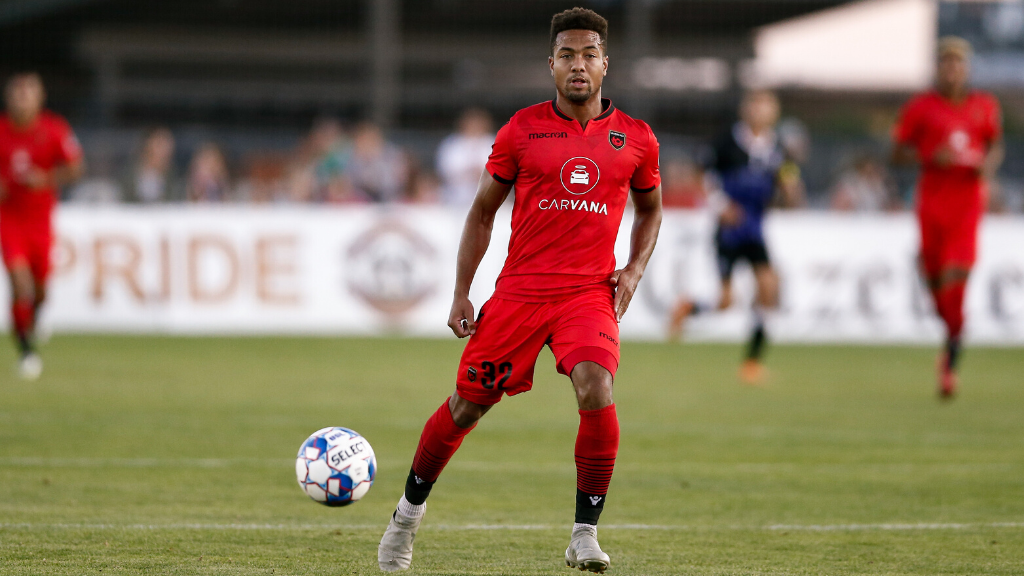 The Richmond Kickers have signed defender Devante Dubose, the club announced Wednesday afternoon. Dubose is the first signing of under new Kickers Head Coach and Sporting Director Darren Sawatzky and joins a group of 11 returners on the club’s current 2020 roster.

"Devante represents a very athletic, experienced, and ultra competitive player for our team,” said Sawatzky. “He has the ability to get into the attack and he defends very well from the outside back position. We look forward to getting him in to Richmond and getting started with preseason."

The former MLS SuperDraft pick most recently played for the Oakland Roots in his hometown in California. Prior to returning to Oakland, Dubose made 15 appearances for Phoenix Rising FC in the club’s USL Championship Western Conference-winning season in 2018. Dubose also has playing experience at the USL League Two level, spending time with FC Tucson and Oklahoma CIty Energy U23s during both clubs’ stints in the league.

Prior to joining the professional ranks, Dubose played 60 matches for the Virginia Tech Hokies. A decade on from his freshman year, he will return to Virginia for the Kickers’ second season in USL League One.

“It feels good to be going back to Virginia, it is my second home,” said Dubose. “It’s where I went to college, where I met the love of my life. I have family here, and I’ve made a lot of memories throughout my life here, so I have nothing but love for Virginia. I am thankful to the City of Richmond and the Kickers community for welcoming me into their family with open arms. It’s an honor to play for a historic club that embraces the community and prides itself on work ethic, so it was a perfect fit for me. I can’t wait to give the Kickers community, the City of Richmond, and my teammates all I got because love and hard work is all I have to give!”

Dubose is the 12th player and first new signing on Richmond’s current 2020 roster.