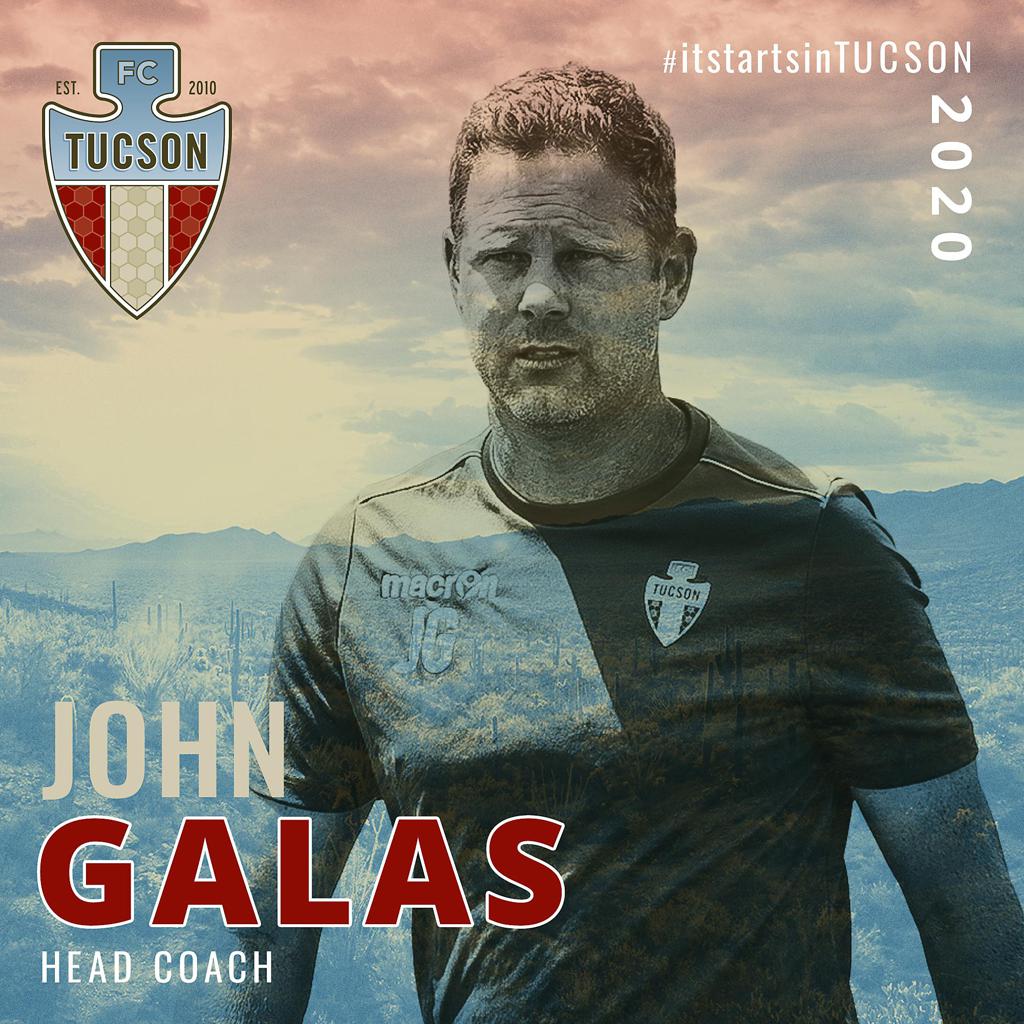 Galas has over 20 years of coaching experience across all levels of soccer from amateur to the pros. Prior to joining FC Tucson in 2019, he was the Sporting Director and Head Coach of USL League Two club Lane United in Eugene, Oregon from 2013-2018. During that time, Galas also spent a three-month term as an assistant coach with Spanish side Villareal B.

“I’d like to thank Bobby Dulle, Rick Shantz, and the ownership group for this tremendous opportunity,” Galas said. “I’m looking forward to working closely with the technical staff and building our team here in Tucson that our community will be proud of. It is an absolute honor to be able to lead this team next season. This will be an exciting project that I am very much looking forward to,”

A familiar face in the Tucson community, Galas served as the Associate Head Coach for the University of Arizona Women’s Soccer Team from 2007-2011. He’s also had coaching stints with the Portland Thorns of the NWSL, Real Salt Lake Academy in Casa Grande, Ariz., Florida State University, and the University of Oregon.