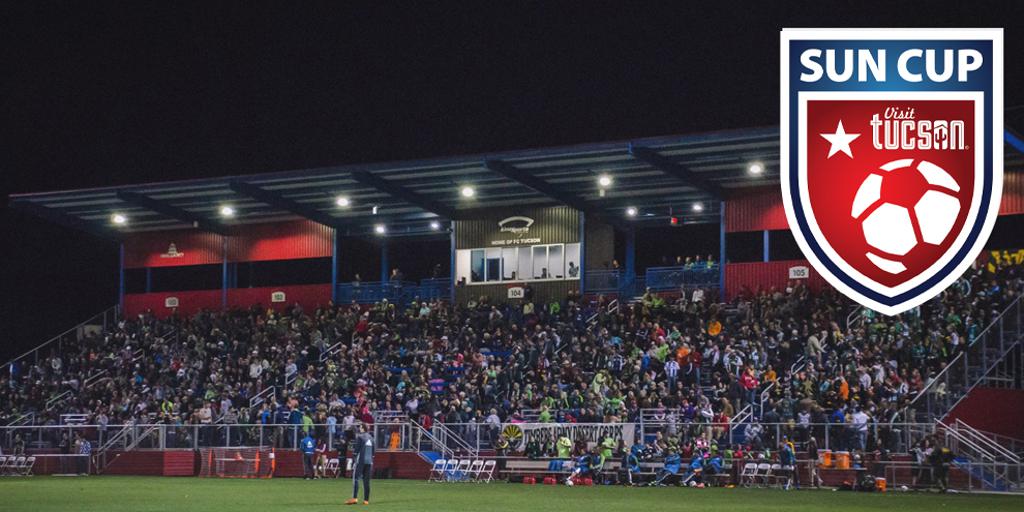 TUCSON (December 20, 2019) —Phoenix Rising Football Club in partnership with FC Tucson announced today the 2020 Sun Cup will be rebranded as the Visit Tucson Sun Cup effective immediately. The tournament will feature five MLS club plus Phoenix Rising and will be held at the Kino Sports Complex in Tucson, Ariz. Participants and dates of the tournament will be released at a later time.

“We’re thrilled to continue the tradition of Major League Soccer and United Soccer League teams conducting their preseason training in Tucson and Oro Valley,” said Brent DeRaad, Visit Tucson’s President & CEO.  “Kino Sports Complex is an outstanding training and competition venue for the Visit Tucson Sun Cup and we are delighted to strengthen our terrific partnership with Phoenix Rising Football Club and FC Tucson by sponsoring this event.”