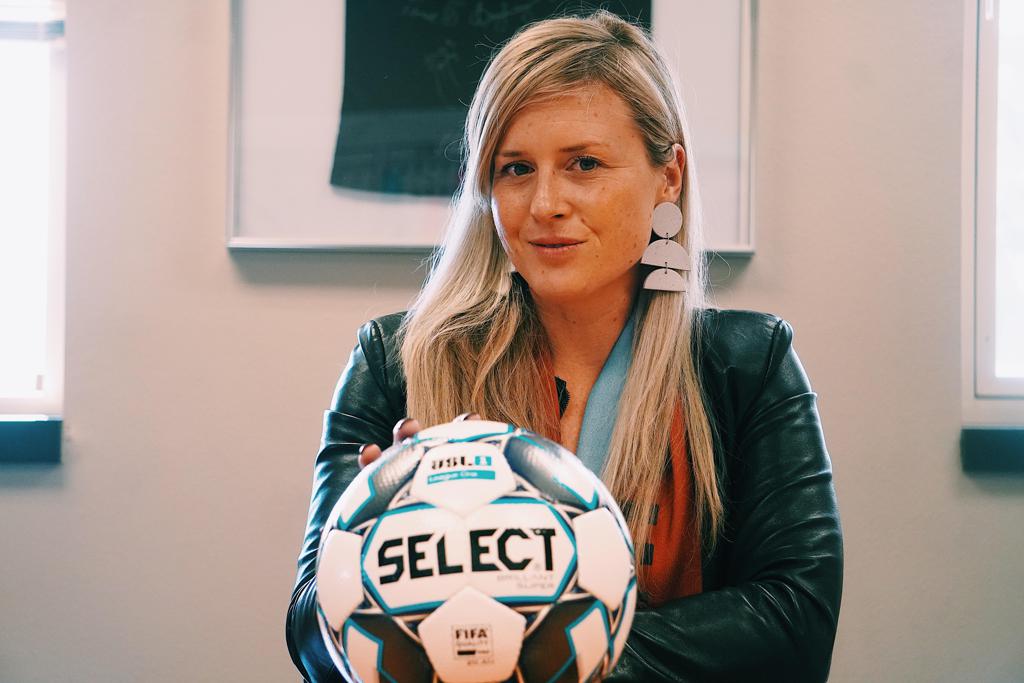 TUCSON, Arizona (Jan. 21, 2020) — FC Tucson announced that Amanda Powers has taken the reins as the club’s first-ever President. A San Diego, California native, Powers arrives in Tucson following a successful run as start-up Chief Operating Officer for New Mexico United, a USL Championship team that had arguably one of the best expansion club performances and led the league in attendance, ticket, and merchandise sales.

“I love this game, I love this city, and I’m honored and excited to use soccer as a vehicle to build community and to honor the unique heritage that makes Tucson special,” said Powers of her new role. “We’re not trying to recreate the success of New Mexico United. We’re trying to find that same authentic spirit and build a team and game experience around that, for us, by us.”

“Amanda brings the right level of dedication to this team, and a unique skill-set that will serve this community well,” said Bobby Dulle, General Manager for Phoenix Rising FC. “Her background in marketing and community activism, coupled with her business acumen and league-specific experience, are exactly what this club needs.”

FC Tucson was purchased by the Phoenix Rising FC ownership group in 2018 with a goal to advance the sport throughout the state. In 2019, Phoenix Rising FC orchestrated FC Tucson’s promotion into professional soccer’s third division, USL League One.

Powers is a former member of the USL Board of Governors and has served as a trusted advisor and franchise builder for USL Championship ownership groups across the country. With a background in international economics, Powers has also advised teams on stadium feasibility, go-to-market strategies, and building foundational systems that meet the demanding needs of pro sports teams.

In terms of her plans for FC Tucson, which enters its tenth season this year, “we have an amazing front office and talented technical team, not to mention one of FC Tucson’s Founder’s, Jon Pearlman (FC Tucson Director of Soccer Operations)” said Powers. “We’re thinking big, and when you think big, the world gets bigger.”

Powers will hit the ground running with the hope of building the FC Tucson fan base and creating coalitions among the entire patchwork of the community. In the coming weeks, Powers plans to layout her campaign for what the 2020 season will incorporate in terms of tickets, promotions, enhanced game-day experience, and the Club’s commitment to the community, particularly to youth and women’s soccer.

FC Tucson was founded in 2010 by a local group of dedicated Tucsonans who wanted to elevate the sport and bring professional soccer to the City of Tucson. Since that time, FC Tucson has been responsible for helping to put Tucson on the national stage by hosting the annual MLS pre-season training events as well as developing America’s top Players who have gone on to become MLS and US Men’s National Team Members. This year marks the 10th anniversary of FC Tucson and the Club intends to enter the new decade with a commitment to showcasing top talent and bringing the community together in a whole new fashion. You can expect the Club to make investments in building a winning team on the pitch and hiring talented front office staff with the goal of enhancing the game day experience while forming a patchwork of community initiatives that are uniquely Tucson. #ItStartsinTUCSON