FC Tucson tried its hardest to keep interim coach Jon Pearlman’s unbeaten run alive, scoring in the 74th minute and hustling desperately for a second tally in the final 15 minutes, but couldn’t pull even in a 2-1 loss to Union Omaha at Kino North Stadium.

The USL League One leaders, Union Omaha, netted a goal in the final minutes of the first half and added another early in the second half to take a 2-0 lead.

Defender Damia Viader sliced one in from outside the box in the 44th minute to open the scoring during a first half in which Union Omaha (7-1-5, 26 points) had the better chances.

“Losing hurts,” said Pearlman, who had guided FC Tucson to two wins and a draw in his first three matches after taking over to start July. “We made some technical mistakes in the first half. They are a good team. But a seven-point month doesn’t kill us.”

Greg Hurst doubled Union Omaha’s lead in the 51st minute, breaking free and putting it home for his eighth goal of the season.

After Tucson made a couple of substitutions, the club got on the scoreboard in the 74th minute when a cross from Deri Corfe was bundled into the goal as both teams had players charging in.

The goal was recorded as an own goal by Conor Doyle, who had FC Tucson forward Shak Adams on his heels.

A cross by Adams almost led to the equalizer in the 85th, but Toby Uzo just couldn’t quite get his head to it.

The club will return home to Kino North on Saturday, Aug. 7, against North Texas. The event is Teacher Appreciation Night. 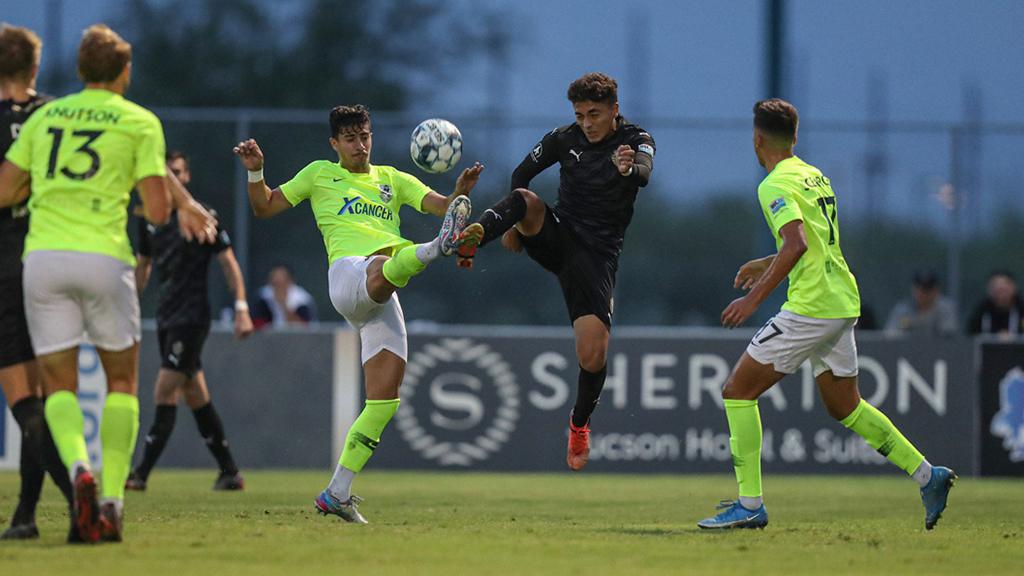