FC Tucson looks to get back on track against league power

A loss to Omaha, however, started Tucson's three-game slide.

Tucson will get another shot at one of the top teams in USL League One Saturday night (7 p.m., Kino North Stadium, ESPN+) in a match that could serve as a catalyst to Tucson's playoff push.

"It's massive," said Jon Pearlman, Tucson's vice president of soccer operations and interim head coach. "We're at the halfway point, so I'm not ready to say it's a must win.

"Three points is what we should always be shooting for at home and that's what we'll do Saturday."

In the match on July 24, Tucson gave up a goal before in the final minute before the half and six minutes after halftime. While Shak Adams got one back in the 74th minute, Tucson was unable to get the equalizer.

"We've made some shifts in formation," said Pearlman, whose club recently added Academy product Brandon Sanchez to the mix.

"We're able to have the opportunity to see one of our young players who is a bright young star and can be really impactful in this type of match, and to see him against the top competition in this league."

Omaha's Greg Hurst has nine goals -- including a pair against Tucson -- and is second in the league in scoring.

Tucson is 4-7-4 with 16 points and sits in 11th. But it's just six points behind sixth-place New England Revolution II, which occupies the final playoff slot.

A win against Omaha would go a long way to putting Tucson in playoff contention.

"Obviously the result that was disappointing at Richmond was exacerbated by a less than stellar performance against Dallas," said Pearlman. "Ultimately, we feel like Omaha, it's going to be a gritty matchup and the first goal is going to make the difference.

"We're going to make sure we're the team that's setup to be strong defensively, but with a good chance to finish the first chance. 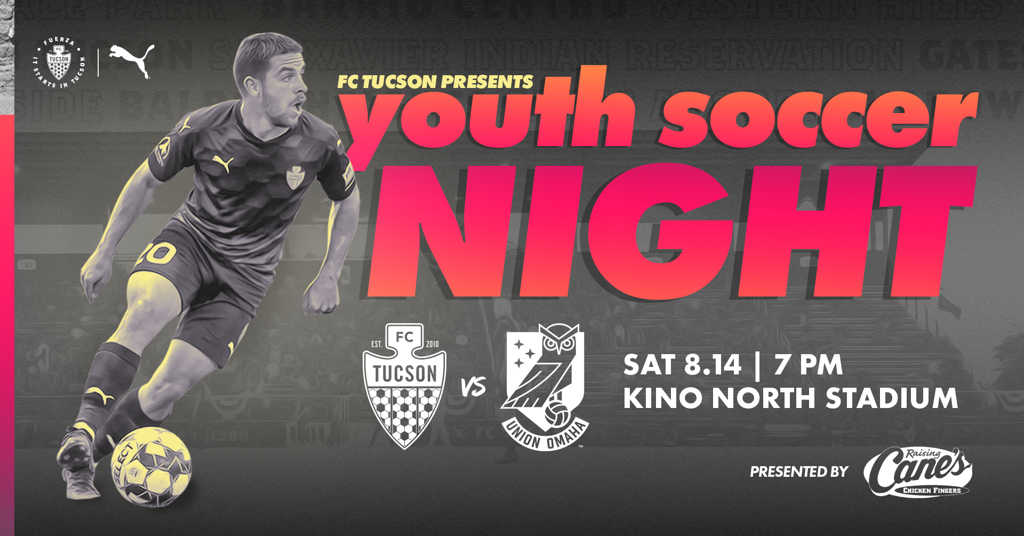