Union Omaha holds on for 1-0 victory

The story was the same on Saturday night: FC Tucson fell behind in the first half and throw everything at Union Omaha to retell the tale to no avail.

An own goal in the 19th minute at Kino North Stadium provided the only tally as Union Omaha survived a barrage of FC Tucson chances in the final quarter of an hour to come away with a 1-0 USL League One victory.

FC Tucson amassed 11 shots in the match, but only two were on target. Most of those chances came in the final 15 minutes with second-half subs Deri Corfe, Gio Calixtro, Charlie Dennis and Shak Adams constantly putting pressure on the Union Omaha defense.

Adams’ shot that skipped just wide right of the goalpost and Calixtro’s whistling missile that was blocked were the highlights of an extremely busy end to the full 90.

“I thought we were unfortunate to not come away with a point,” FC Tucson coach Jon Pearlman said. “We are missing the technical execution — it wasn’t there from key players.”

The lone goal came when a ball into the box by Elma N’For was flicked into the net by FC Tucson defender Mo Kone. Union Omaha only had one shot on target in the match.

Saturday’s match was the debut for midfielder Brandon Sanchez, who was playing with an FC Tucson Academy team and is a junior at Canyon del Oro High School. He was replaced in the 63rd minute by Adams. 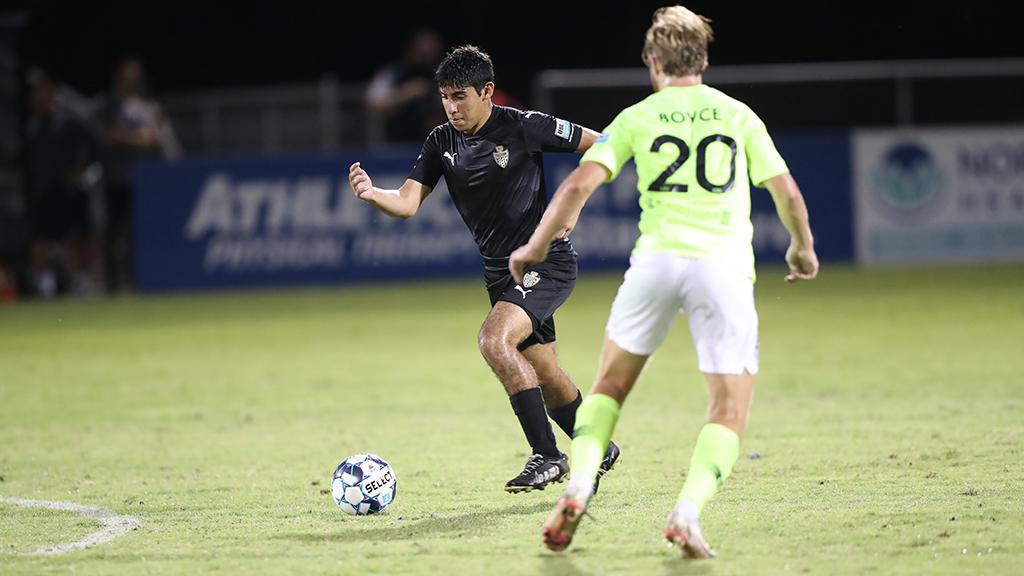