Much of the discussion around FC Tucson heading into Sunday's match in South Florida was its scoring drought, which had stretched the previous three games.

Gio Calixtro & Co. rendered that talking point moot, and then some.

Tucson's starting lineup featured a little different look than in recent games when it lined up against the reserve squad for Major League Soccer's Inter Miami CF.

Most notably, Calixtro started up top with Shak Adams and Kevin Rodriguez - making his first start - on the wings. Dennis and Joao Delgado provided reinforcements in the center midfield.

"For us, we really thought a middle block with a counter attacking setup would allow us to spring those players," said FC Tucson interim coach Jon Pearlman. "We just wanted to be very aggressive."

That became apparent just five minutes in when a Tucson counter off a Fort Lauderdale turnover ended with Adams finding Calixtro in the middle of the box for an easy put away.

Dennis slipped a penalty kick past the goalkeeper in the 25th minute, and just one minute after that, Adams outran his defender down the right side and got a shot on goal. It glanced off the keeper's hands and Calixtro poked in the rebound to make it 3-0.

"We have a lot of different ways to approach a game," said Pearlman. "Gio's most comfortable in the 9 -- that's where he plays his best football."

Calixtro completed his hat trick after a bit of nifty running by Dennis into the box, where he found an open Calixtro to cap the scoring for the night.

Wallis Lapsley made a pair of saves for his second shutout of the season.

"The shutout was what really stands out from me," said Pearlman. "Goal differential is going to matter. That could be the difference, so to have this result on the road is magic."

Included in there is Greenville Triumph SC, which will come to Tucson on Saturday, Aug. 28 (7 p.m., Kino North Stadium, ESPN+). 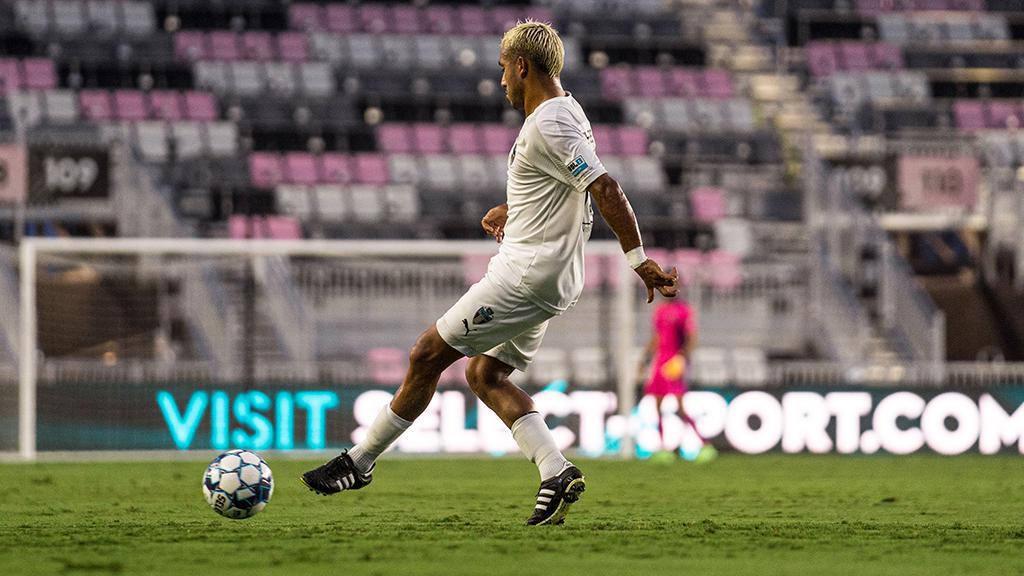