Knock off Union Omaha to extend unbeaten streak to seven

No one is hotter in USL League One than FC Tucson and Charlie Dennis, and they showed no sign of slowing down Saturday night.

Dennis converted a penalty kick in the seventh minute and FC Tucson weathered eight minutes of extra time in the second half to knock off Union Omaha, 1-0, at Creighton University's Morrison Stadium.

The win extended FC Tucson's unbeaten streak to seven matches. Dennis has five goals and three assists during the run, which includes five wins and has seen the club ascend to third in the league standings.

Dennis converted the game-winner after an odd sequence erased one goal and led to the other.

Noah Franke, who played his college soccer at Creighton, slotted a cross on the ground for Joao Delgado. Delgado was knocked down by a defender, and Maxie Schenfeld blasted the ball into the back of the net in stride. But the referee waved off advantage -- and the goal -- and instead awarded FC Tucson a spot kick.

Dennis made sure it didn't matter.

Union Omaha had a chance to get one back when it was awarded a penalty kick in the 82nd minute when Evan Conway drew a foul.

Wallis had it covered the whole way!

It was the first win in six meetings with the Nebraska team, and comes after three one-goal losses against the second-place team this season.

Saturday's defeat was the first Union Omaha (10-3-8) at home this year.

FC Tucson has five games remaining, including four at home. 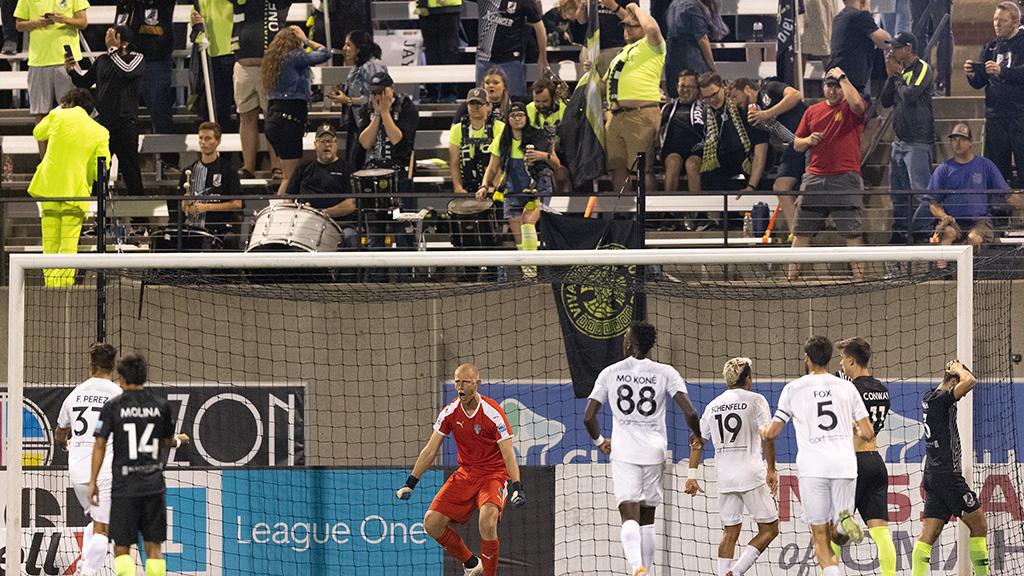