A goal in each half by North Texas SC in a feisty match at Kino North Stadium ended FC Tucson’s unbeaten run at seven on Saturday night.

In a match that saw four yellow cards – three for North Texas – in the first 31 minutes, both teams had opportunities as the play ebbed and flowed.

Despite the end of the unbeaten run, in which FC Tucson had gone 5-0-2, the club (9-9-6) remains above the playoff cutline with 33 points. North Texas (8-7-9) also has 33 points and holds the final playoff spot as the final month of the regular season gets underway.

Deri Corfe had a couple of shots from close range for FC Tucson while North Texas spread their shots among players on their front line en route to having eight shots on target in the match.

It was a nice, curling shot by Kalil ElMedkhar from distance that finally that sailed into the upper left corner and ended the deadlock in the 33rd minute. It was his fourth goal of the year.

“It was extremely disappointing,” FC Tucson coach Jon Pearlman said. “We told the guys it’s going to come down to critical moments ... we were pretty much on the wrong sides of those moments.

“We had a great run and to remain unbeaten the rest of the way would have been difficult.”

In the second half, FC Tucson found it hard to find a really good chance to tie it up and then watched North Texas double the lead in the 77th minute.

Jorge Almaguer picked up a through ball on a breakaway to make it 2-0 North Texas.

The team tried to push forward in the final 10 minutes plus a long stoppage time but couldn’t put together a real threat for North Texas keeper Richard Sanchez.

FC Tucson will be home again in its next match when it hosts North Carolina FC on Wednesday, Oct. 13, for Fuerza Frontline Workers Night (buy tickets). 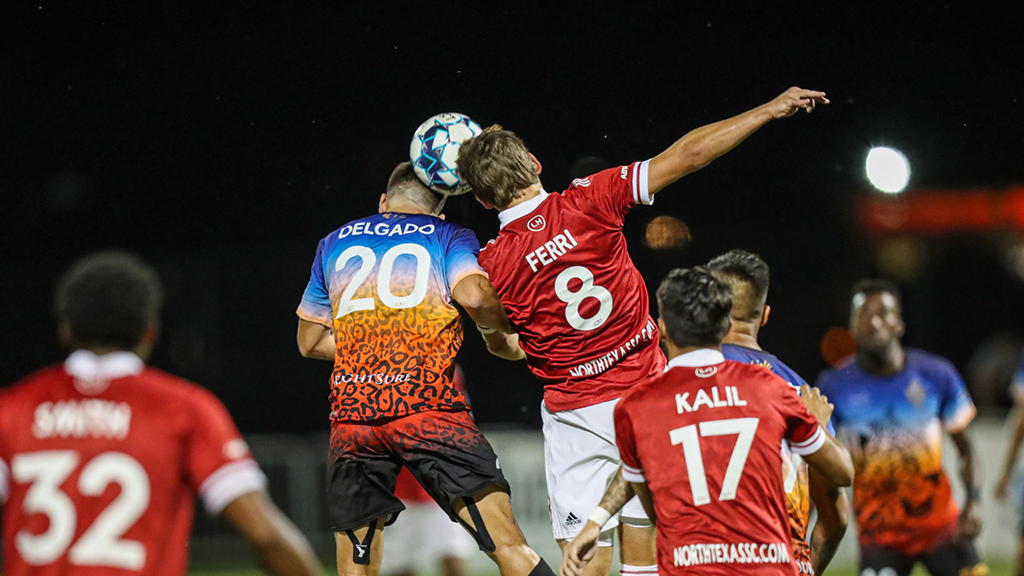