FC Tucson Gets Back to Winning Ways

A pair of goals capped an amazing performance by midfielder Kevin Rodriguez and Charlie Dennis’ wonder goal free kick late propelled FC Tucson to a vital 3-1 win over South Georgia Tormenta FC Saturday that kept the team in control of its USL League One playoff destiny.

Playing in the home confines of Kino North Stadium, FC Tucson quickly took control of the match. It paid off when Rodriguez was in the right place after a long shot by Noah Franke bounced off the keeper. Coming in from the left side, Rodriguez put the ball in the lower left corner to make it 1-0 in the 17th minute.

“Luckily, I was there for the tap in,” said Rodriguez, who scored his first two goals in an FC Tucson uniform before a crowd of 1,018. “I’m glad I got to get some minutes in, but most importantly we got the win.”

Against the run of play, South Georgia evened the match in the 29th minute when Stefan Mueller slotted home a shot after former FC Tucson forward Azaad Liadi’s initial shot was stopped by goalkeeper Wallis Lapsley.

FC Tucson continued to have the lion’s share of possession in the second half. It was again rewarded in the 67th as a long run and cross by Shak Adams put the ball back at the feet of Rodriguez. After the ball was bandied about for a few seconds, he slotted it into the left bottom corner.

Taking a free kick from an acute angle on the right side, Dennis lofted a perfect shot into the top left corner to make it 3-1 in the 83rd minute.

“I’m pleased with how the players responded to a pressure situation,” FC Tucson coach Jon Pearlman said. “We came out aggressive and scored that first goal. In the second half, we really put the foot on it.

“We really dominated in central midfield.”

FC Tucson (10-10-6, 36 points) will play its penultimate match of the regular season when it travels to Wisconsin to play Forward Madison FC for a 5 p.m. kickoff on Saturday, Oct. 23.

Tormenta (8-13-6) dropped to ninth place and was eliminated from playoff contention.

If FC Tucson beats Forward Madison and then Richmond in the home finale on Saturday, Oct. 30, the team will clinch a ticket to the playoffs for the first time since 2018. 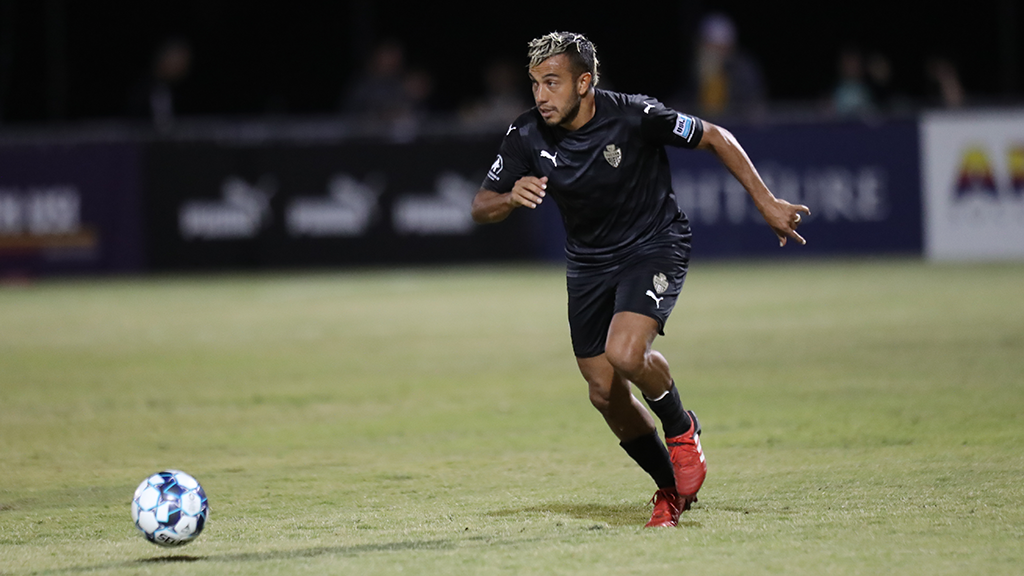