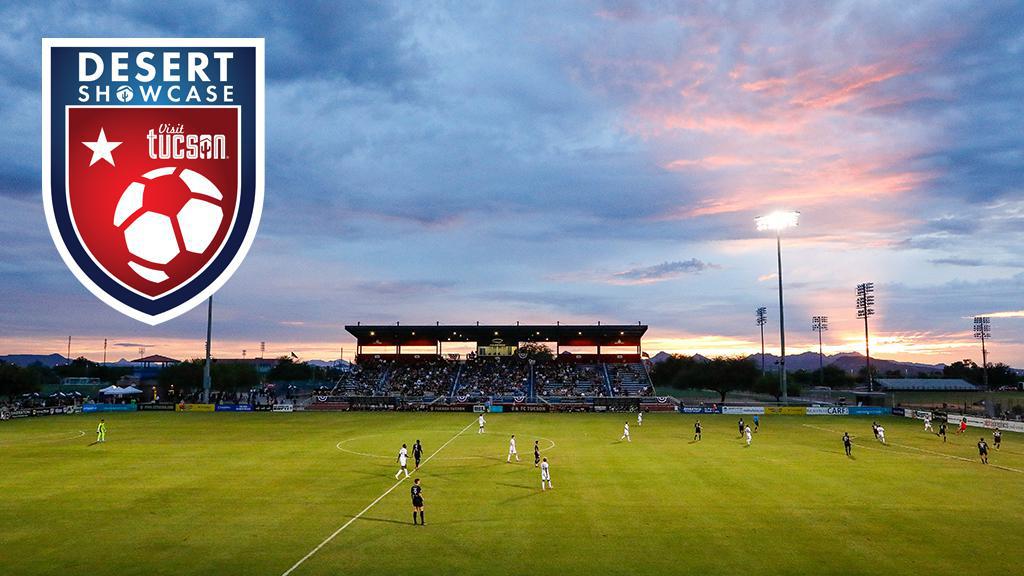 The Desert Showcase presented by Visit Tucson in 2022 will be the biggest version in event history.

Tucson will once again be an epicenter for soccer in 2022 as the longest-running and largest preseason event gets even bigger and better.

The Desert Showcase presented by Visit Tucson will bring top professional soccer clubs throughout the United States to Southern Arizona as part of the 12th annual event. The preseason training and matches are part of an expanded celebration of soccer and Tucson.

FC Tucson, Tucson’s professional soccer club, is teaming with Visit Tucson and Rio Nuevo to kick off a year-long celebration of soccer, starting with the Desert Showcase, which will bring MLS and USL teams to the region in January and February.

As part of the lead up to the 2022 Men’s World Cup in the Fall, FC Tucson will team with downtown Tucson establishments to host Watch Parties for the final six World Cup qualifying games for the U.S. Men’s National Team, including U.S. versus Mexico on March 24.

“For more than a decade, FC Tucson brought some of the best teams in the United States to Tucson,” said Amanda Powers, president of FC Tucson. “With the help of Visit Tucson and Rio Nuevo, we are excited about the opportunity to expand this event and show the passion of our region, and bring the community together around the game of soccer.”

"Visit Tucson is proud to present the Desert Showcase and bring the soccer fans to our great city," said J Felipe Garcia, president and CEO of Visit Tucson. "We look forward to teaming with FC Tucson to host this event and show all the fans the wonderful shops, restaurants and hospitality that this region is known for."

FC Tucson and its partners, Visit Tucson and Rio Nuevo, will feature a number of activations during the games around the region’s gastronomy, and highlight the chefs and restaurants who make Tucson home. The match day hospitality area will be sponsored by Nova Home Loans Sunrise Branch, a long-time supporter and official sponsor of FC Tucson.

New for 2022, the Desert Showcase presented by Visit Tucson has expanded to feature training and matches for several top USL Championship and USL League One clubs. Teams and additional games will be announced in the coming weeks.