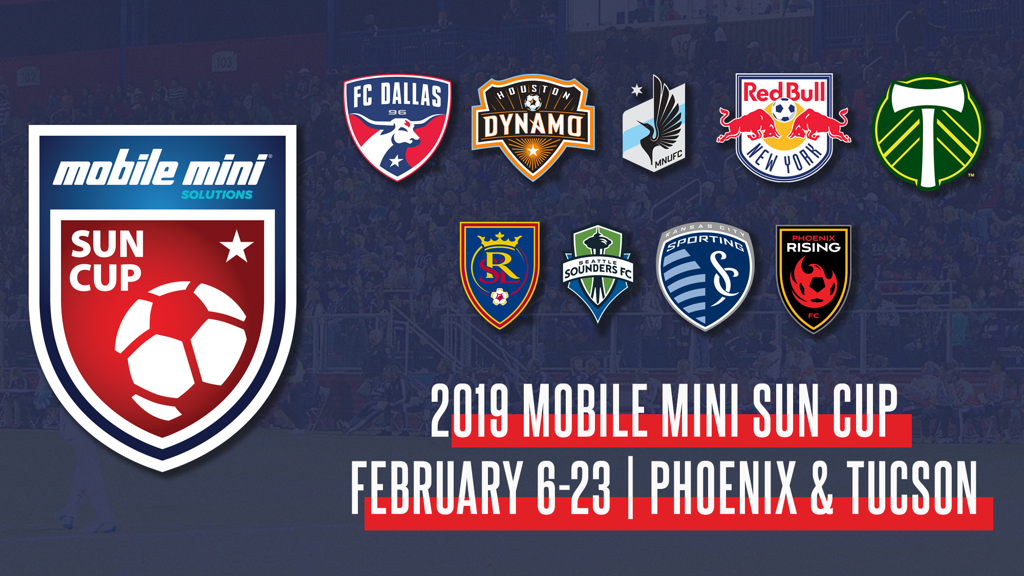 The eight MLS clubs will be:

The preseason  event will run from Wednesday, February 6 to Saturday, February 23 and feature two matches in Phoenix at the Phoenix Rising Soccer Complex. All matches in Tucson will take place at the Kino Sports Complex North Stadium.

The full event schedule and Information on ticket sales will be announced at a later date.

About FC Tucson
FC Tucson, established in 2010, is participating in its first-ever professional season in USL League One. In 2012, FC Tucson was named the USL League Two Rookie Franchise of the Year. To stay up to date on the club, check out the team’s website at www.fctucson.com. You can also visit the team’s Facebook page at www.facebook.com/FCTUCSON and follow all of the news related to FC Tucson on Twitter at www.twitter.com/FCTucson.