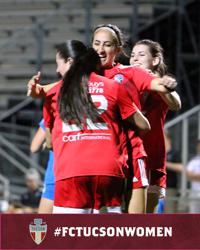 FC Tucson Women, Arizona’s Women’s Premier Soccer League (WPSL) franchise, was founded in 2013 by the Tucson Soccer Academy (TSA). In 2015, the team came under the umbrella of FC Tucson. This is the only WPSL franchise in Southern Arizona. FC Tucson Women play in the nine-team Pacific South - Desert Division of the WPSL. The team consists of high-level youth, college, and adult players primarily from Southern Arizona.

Amy Garelick was named the inaugural Head Coach for the 2015 season. “This (FC Tucson Women's Team) is a tremendous opportunity for local players to experience soccer at an extremely high level. In the past, Tucson players who aspired to play collegiately had few options beyond that. Now they can take their game to another level.” As Tucson soccer continues to grow, FC Tucson Women will be an integral part of us moving forward as a community.

For more information about the Desert Division click here,

WPSL was formed in 1998 as an independent league with a focus on creating a venue for the development of high-level women’s soccer. More than 70 teams from across the country compete in a season that runs from May 1 to August 1, culminating in a league championship tournament the final weekend in July. The WPSL is affiliated with the United States Adult Soccer Association (USASA), an affiliate of the United States Soccer Federation (USSF). For more information on the WPSL visit http://www.wpsl.info/ 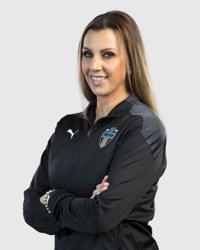 “I’m honored to be FC Tucson Women’s new head coach.  I am deeply invested in the growth and development of women’s soccer in our community and I hope to make a positive impact this season. I am excited to be back and eager to get started.”

A Tucson native, Pierce won back-to-back state championships as the head coach at her alma matter Salpointe Catholic High School. Pierce had a sterling four-year career as a player at Salpointe where she won two state championships and was a first-team all-state player.  She then went on to play at Pima Community College and one season with the Sonoran Thunder.

“Our program should be a place for current college players to train, stay fit, and get competitive games during their off-season. It’s also great for the community to get out and watch high-level women’s soccer.  It gives little girls a chance to watch a positive female role model; something for them to shoot for in the future. " 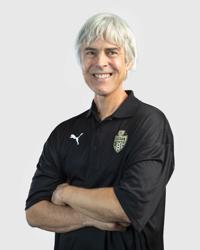 Charlie MacCabe’s involvement with Tucson soccer dates to the early 1980’s when he began his coaching career with Tucson United Soccer Club while attending graduate school at the University of Arizona.  After a short, but successful tour of duty at Sahuaro High School, where his boys’ team won a state championship in 1988, he had a five-year stint as an assistant coach at the University of North Carolina at Chapel Hill.  At UNC, he received his USSF “A” license and had the privilege of working with men’s coach Elmar Bolowich, and legendary women’s coach Anson Dorrance, whose teams have won 21 NCAA Division I championships.  In 1995, MacCabe became head coach of the new women’s soccer program at the University of Tennessee.  In 2000, MacCabe returned to Tucson and helped found the Tucson Soccer Academy (TSA), where he has played an integral role in helping the fledgling organization grow to become one of the premier youth soccer organizations in the Southwest.  Over the last 20 years, MacCabe has coached boys and girls in virtually every age group from U-10 to U-19.  More recently, he has been one of the key figures in the development of Tucson's Women's Premier Soccer League franchise, first under the name TSAFC, and since 2015 as FC Tucson Women.  MacCabe also serves as TSA’s scholarship program coordinator and on its board of directors, and as PacSouth commissioner for the WPSL.

MacCabe graduated from Brown University, where he was a co-captain and played in three NCAA tournaments and one national semifinal.  Over the last 18 years he has been teaching geography, political science, and history at Pima Community College.  His wife Melissa Halpern, an immunologist, is an Associate Research Professor in pediatrics at the University of Arizona, and his son Ryan works for Mount Lemmon Ski Valley. Melissa and Charlie have two dogs, two cats, and one desert tortoise.